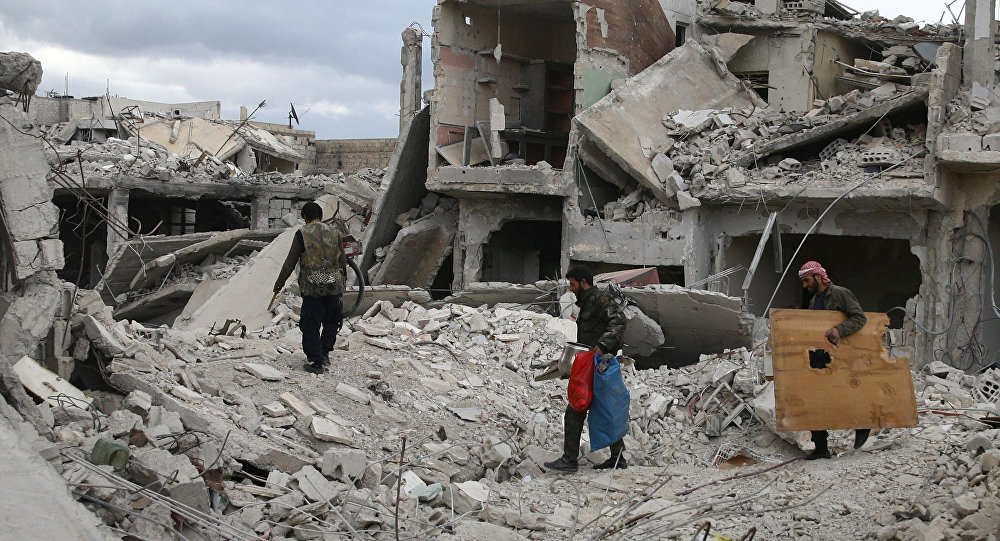 MOSCOW (Sputnik) - Germany needs to pursue independent foreign policy in Syria focused on direct negotiations with the Syrian government and support for the Astana and Sochi intra-Syrian talks’ formats, member of foreign affairs committee of German Bundestag Anton Friesen from the Alternative for Germany (AfD) party told Sputnik on Saturday.

"Unlike in Afghanistan, Germany in Syria is not following the United States… That is, undoubtedly, a positive fact. But the refusal to follow still does not mean that Germany has own position aimed at pursuing its national interests. From AfD point of view, Germany must hold talks with the legitimate Syrian government as well as support international formats. One can find settlement of the Syrian issue only through such measures," Friesen said.

He explained the German refusal to join the strikes by the poor condition of the country's Armed Forces as well as the polls showing people's opposition to strikes in Syria.

Earlier in the day, the United States, the United Kingdom and France launched strikes on a number of targets in Syria in response to the alleged chemical attack in the Damascus' suburb of Duma. According to the Russian Defense Ministry, the three countries fired over 100 cruise as well as air-to-surface missiles.

© REUTERS / Stefanie Loos
German Foreign Minister Calls for Continuation of Contacts With Russia
German Chancellor Angela Merkel welcomed the US, UK and French joint military strike as "necessary and appropriate" as it aims "to prevent the Syrian regime from committing further violations," whereas the country's Foreign Minister Heiko Maas stressed that Berlin is not going to participate in US-led strikes on Syria.

After the reports about an alleged chemical incident in the city of Douma emerged in some Syrian opposition media, which cited sources among militants, Washington and its allies rushed to blame Damascus, which refuted the claims, stressing that no reliable proof had been presented. Germany, however, ruled out its participation in the military action.