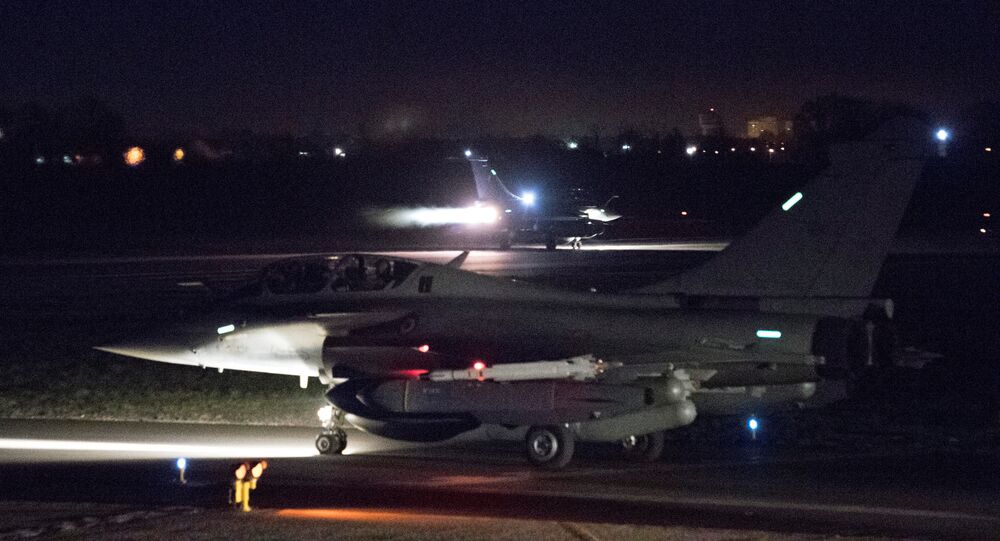 Shortly after the US along with the UK and France launched a missile strike against Syria over an alleged gassing of civilians in Douma, French intelligence services released a report claiming that the Syrian government maintained a covert chemical weapons program since 2013.

Russian Foreign Ministry sharply criticized a report regarding the alleged April 7 chemical attack in Syria published by Paris in an apparent attempt to justify the recent missile strikes against the Middle Eastern country.

"The pretext for the attack, according to the statements made by US officials and the so called secret report recently published by French intelligence agencies, were mass media and social media publications," Foreign Ministry spokeswoman Maria Zakharova said.

"Everyone remembers how the bombing of Iraq began, when Secretary of State Colin Powell got set up with that test tube. Today, no one is foolish enough to go to the [UN] Security Council and start waving test tubes around. Instead, it were the US, British, French and European mass media in general who got appointed as such fools," Zakharova said.

Early on April 14 French Ministry of Defense published a report compiled by the country's intelligence services regarding a possible use of chemical weapons in the Syrian city of Douma a week earlier.

"The Syrian government retained a clandestine chemical weapons program since 2013," the report's authors stated, claiming that Damascus did not declare all of its chemical weapon stockpiles and capabilities with the Organisation for the Prohibition of Chemical Weapons when the latter moved to dispose of the Syrian WMDs.

© AP Photo / Cliff Owen
Twitter Enraged as Trump Justifies Attack on Syria, Saying 'Direct Result of Russia's Failure'
French government also admitted that it has no samples of the chemical weapons that were allegedly used in Douma, with the report noting "the absence to date of chemical samples analyzed by our own laboratories."

Instead, the report's authors explained that Paris chose to rely on "publicly available information from non-governmental organizations and other sources", including social media posts.

"The French services began to analyze testimonies, photos and videos that appeared spontaneously on special websites, in the media and on social networks in the hours and days that followed the attack. The testimonies obtained by the services were also analyzed," the report claimed.

According to the document, the "spontaneous nature of the release" of the alleged chemical attack victims' images on social media networks apparently proved that this data was not fabricated or reused.

Therefore, French experts determined that the victims' of the attack had "identifiable symptoms" merely by studying the aforementioned photos, as "part of the entities that published this information are recognized as usually reliable," the report stated.

French Foreign Minister Jean-Yves Le Drian also claimed that the report confirms the use of chlorine, as well as other toxins during the alleged chemical attack.

The United States, along with its UK and French allies, has unleashed a series of missile strikes against a number of locations in Syria over an alleged chemical weapon attack in the city of Douma which the US leadership blamed on Damascus.

A total of 100 cruise and air-to-surface missiles were launched at targets in Syria by US warships deployed in the Red Sea, tactical aviation over the Mediterranean Sea and B-1B bombers from al-Tanf area, according to the Russian Defense Ministry.