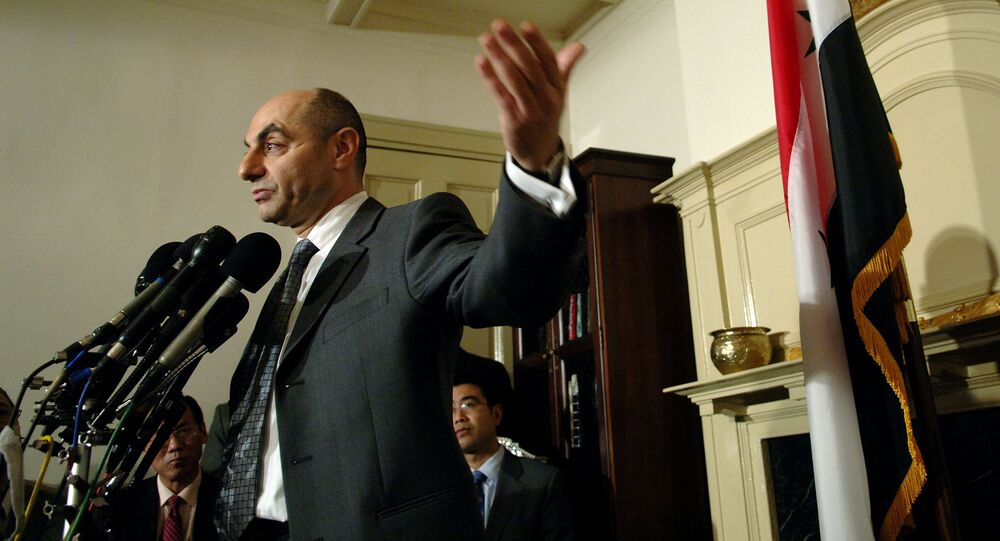 MOSCOW (Sputnik) - The airstrikes launched by the United States, the United Kingdom and France on Syria came as terrorists in the war-torn country “badly” needed a moral boost, but this “aggression” will only strengthen and deepen the partnership between Moscow and Damascus, Syria's Ambassador told Sputnik.

“This aggression comes at a time when the terrorist groups in Syria badly needed a morale boost. It will only serve to embolden them for a while. But it will not make a real difference. The armed terrorist groups are doomed, rejected by the local people in the areas they control, and will continue to face one major defeat after another. Syria will not be unnerved by this new aggression,” Syria's Ambassador to China and former ambassador to the United States, Imad Moustapha, told Sputnik.

The diplomat added that the strikes would only contribute to the further strengthening of the ties with Russia.

“This attack will only serve to strengthen and deepen Syria’s alliance and partnership with Russia. Russia took a vigorous position in exposing the mendacity of the staged chemical attack in Douma. Russia was firm in opposing any Western attack on Syria, and arguably it has succeeded in thwarting a large-scale attack on Syria that could have caused unexpected consequences. We thank Russia for standing by us in this difficult time,” Moustapha said.

Damascus will call on the UN Security Council (UNSC) to take action against the “naked aggression” of the United States, the United Kingdom and France, which carried out strikes against the country on Saturday,  he added.

“Naturally, Syria will not allow these attacks to divert it from its purposeful determination to wipe out all terrorist pockets and groups regardless of the wrath and hysterics of their Western protectors.  As for the Security Council, while Syria will urge the council to take action against this naked aggression, it has no delusions whatsoever about its role, capability and integrity. The UN Security Council has been hijacked by the Western powers and, unfortunately, will continue to be so for a very long time,” Moustapha said.

The diplomat stressed that the strikes were “merely a continuation in various forms of the same ongoing war against Syria.”

“The US, France and Britain come in the first tier of responsibility for the war of destruction aimed at Syria. Whether directly or by proxy, whether using vehicles loaded with explosives and put off in the streets of Syrian cities, bombarding Damascus and Aleppo with mortar shells, or attacking Syrian military positions with jet bombers and Tomahawk missiles – the motives are the same and the driving force is always the United States,” Moustapha said, noting that the Western coalition was “doing a dirty job on behalf of Israel.”