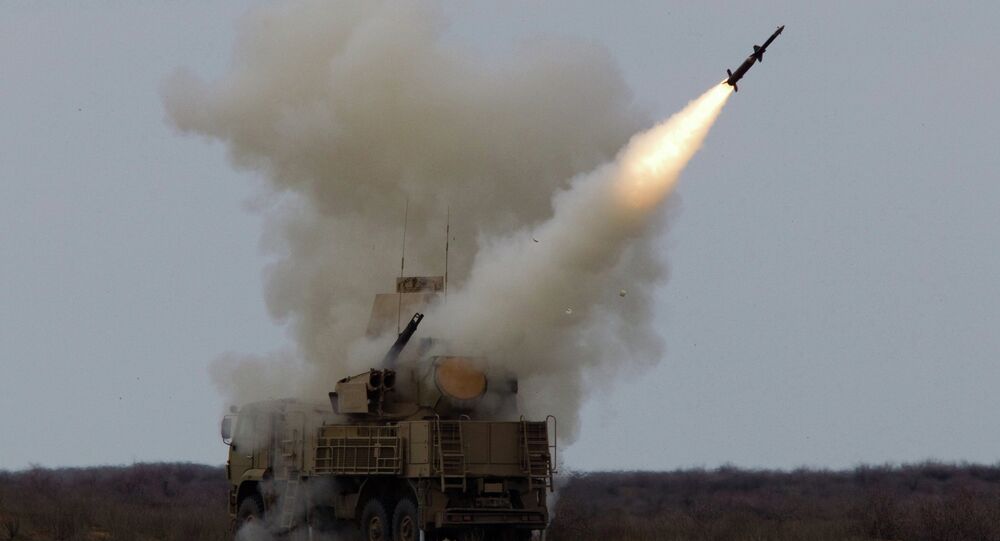 An alleged chemical attack on the city of Douma prompted threats of military intervention against the Syrian Army and other branches of Syria’s armed forces by US President Donald Trump, who warned that President Bashar al-Assad will pay a “heavy price.”

The monitor told Sputnik reporter and columnist Suliman Mulhem that he couldn’t provide any further information on the drills, which are being held in preparation of an attack by the US or a military coalition it assembles to concertedly strike Syria.

Syrian air defenses are able to down air-to-surface missiles (ASMs) fired by warplanes – as they demonstrated during Israel’s recent attack on the T-4 airbase – and cruise missiles fired by warships, such as the tomahawk cruise missiles which can be launched from the USS Donald Cook Arleigh Burke-class guided-missile destroyer, which has reportedly sailed closer to Syria in recent days.

© AP Photo / Ariel Schalit, file
US Reportedly Confirms Israel Informed It About Strike on Syrian T-4 Base
Syrian air defenses have been on high alert ever since Trump made the threats against Damascus via Twitter.

Russia has stepped up arms shipments to Syria since the escalation with Trump began, and an observer situated near the Bosporus Strait reported that a Russian tank landing ship (LST) crossed the strait on April 13 en route to Tartus, loaded with an unknown number of BTR-80 amphibious armored personnel carriers (APCs) and GAZ Tigr combat vehicles.

Although these armaments have no air defense capabilities, they may well be used by Syrian troops to defend against militants who are likely to attempt to capitalize on foreign military intervention by launching a series of ground offensives.

It’s unclear if the military hardware will be handed over to Syrian government forces or will be operated by Russian servicemen to defend and bolster security at their bases in the Arab state.

Last weekend, reports emerged of a chemical attack in the Syrian city of Douma in Damascus killing dozens of locals.

© Sputnik / Evgeny Biyatov
WATCH Top Russian General Predict Douma Provocation a Month in Advance
The suspected chlorine attack was quickly blamed on Syrian government forces, despite there being no implicating evidence or motive for President Assad to sanction such an attack, given the string of victories his forces have achieved on numerous fronts in the past 12 months.

Damascus has denied all allegations of using chemical weapons and has vowed to defend itself in the face of any military aggression by the West. Meanwhile, the Russian Ministry of Defense said it found no evidence of chemical weapons being used in Douma and has called on Trump to exercise caution.