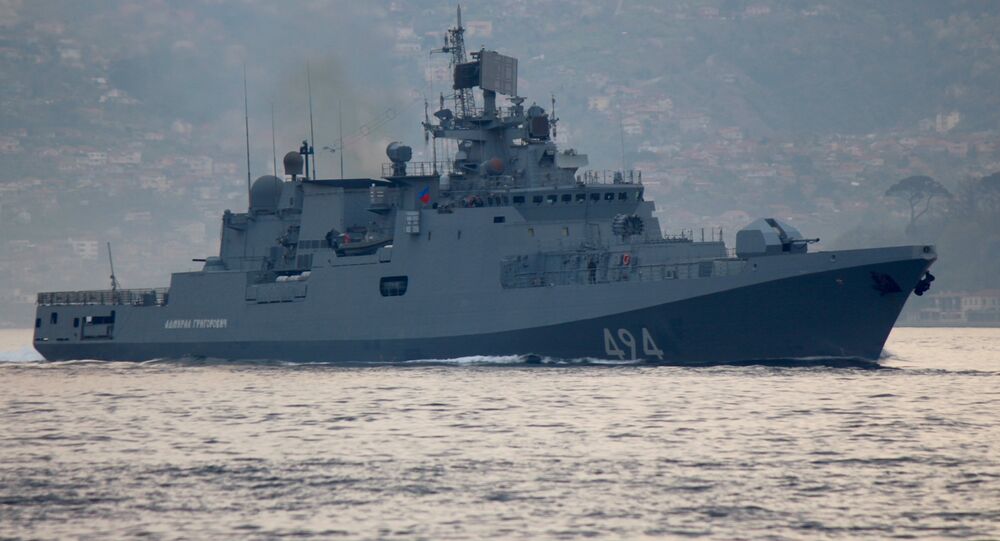 Russia's Defense Ministry has not yet commented on the recently-released satellite imagery of what appears to be Russian warships being deployed to the Mediterranean from the naval facility at Tartus, Syria, with US vessels en route there, too.

The Israeli-based satellite operator iSi, which had previously released photos of Russia's latest fifth-generation Su-57 jets, stationed at Hmeymim airbase in Syria, has now published two pictures of what the company says to be Russian warships deploying from the Port of Tartus in Syria.

It is yet unclear whether the ships — should the photo be true — are heading in the Mediterranean for drills.

ISI reveals: Disappearance of most of the #Russian #Naval Forces from #Tartus Port, #Syria.
Those missing naval vessels have now been deployed at sea due to possible near-future #strikes. Only one #kilo class submarine remained.#russiannavy #Syriastrikes #foxnews #kilo pic.twitter.com/guRA9w0qqt

​The company claims that the vessels are now deployed at sea due to possible future airstrikes. The operator identified the warships to be an Admiral Grigorovich-class frigate, two Kilo-Class submarines, a Ropucha-class landing ship and several others.

The Russian Defense Ministry has not yet commented on this development.

The US Navy also announced that the USS Harry S. Truman, accompanied by the guided-missile cruiser USS Normandy and destroyers USS Arleigh Burke, USS Bulkeley, USS Forrest Sherman and USS Farragut, will be deployed to the Middle East, and that two more destroyers, the USS Jason Dunham and USS The Sullivans, will join the strike group later.

The Russian Foreign Ministry dismissed these accusations, stating that the goal of the groundless reports about alleged chemical attacks was to provide cover for terrorists and justify the use of military force against Bashar Assad.