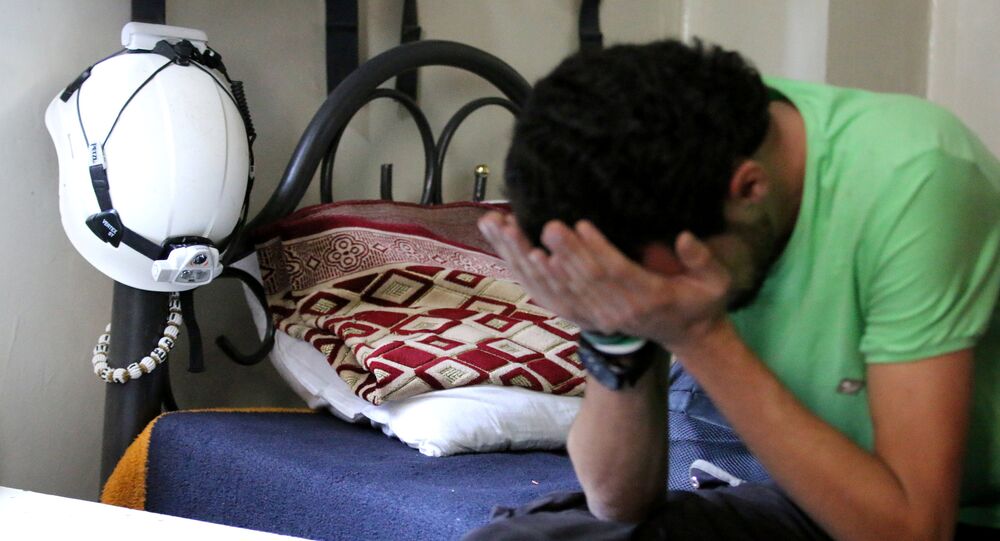 © AFP 2021 / Msallam ABDALBASET
White Helmets 'Treat' Alleged Chemical Attack Victims Without Protective Gear
According to the report, the place is located in the small town of Saqba in Eastern Ghouta. The army personnel reportedly also discovered cameras and film production equipment left at the site.