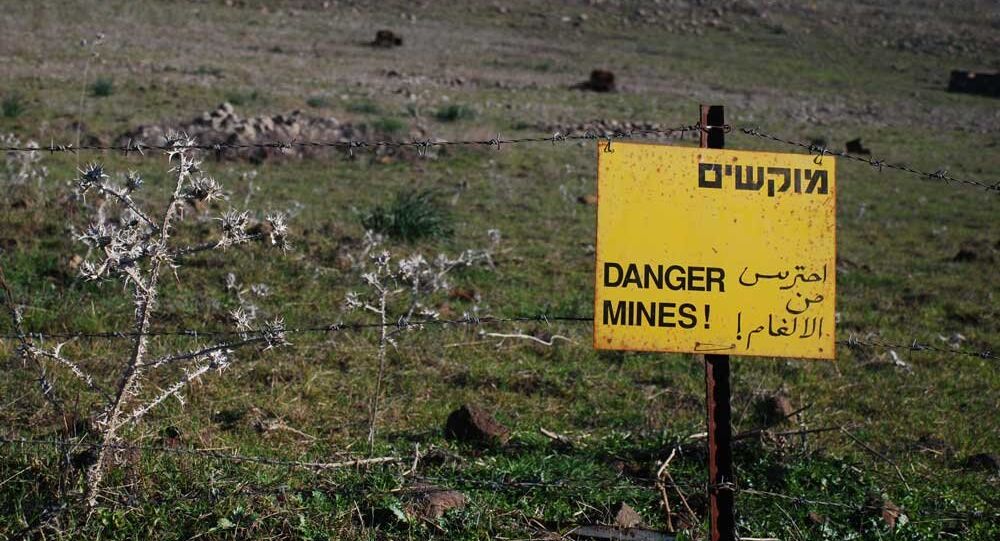 Sputnik’s reporter has visited the northern Iraqi Bukeser Mountains and spoke to a small family of a mother and her two daughters. The local authorities did not allow them to farm, so they decided to move to the mountains and live a sheltered life there.

It takes 4 hours to get from the mountains to Akre, the nearest town. Moreover, all the way to Akre there’re signs saying “Danger, mines!” In interview with Sputnik, women told about what forced them to move to the mountains and what burdens their lives have become.

When asked what was the reason for three women to leave the city and shift to the area of distant mountains, Fatma, one of the daughters, said: “Initially we wanted to resume our farming activities in Akre. We wanted to keep cows, sheep and other livestock. However, the local authorities didn’t let us do that. Here in the mountains, we’ve got vinelands.

We’ve been coming here every summer to look after the garden and the vinelands and to harvest the crops. That’s why, when the authorities turned us down, we decided to settle here permanently, to keep planting our vineyards and fruit trees and keep livestock.”

© AFP 2021 / MARWAN IBRAHIM
Daesh Still Poses Security Danger in Northern Iraq - Kirkuk Governor
Fatma admitted that her family likes living close to nature, far from the city, and that it doesn’t really bother them. “Our father died, we have a sister and several brothers, but they live their own lives. Only my younger sister Hadar and I live with our mother,” she said.

Being asked how they manage to get food and other necessary supplies, the woman said: “Before we had great difficulty, transporting our supplies by horse and donkey.But now, fortunately, a company exploring for oil, is operating near Herdis, the nearest village, so we use the road built by them. Though the road is a bit far from our place, transporting supplies has become much easier now”.

According to the solitary women, they aren’t afraid of living away from people and they’re able to protect themselves if necessary. “One time an armed man with hostile intentions came to our place. However, we managed to take away his weapons and captured him. He apologized for a long time, so after a month we let him go. He swore he would steer clear of our house. So we’ve got guns and we’re able to protect ourselves,” the women said.