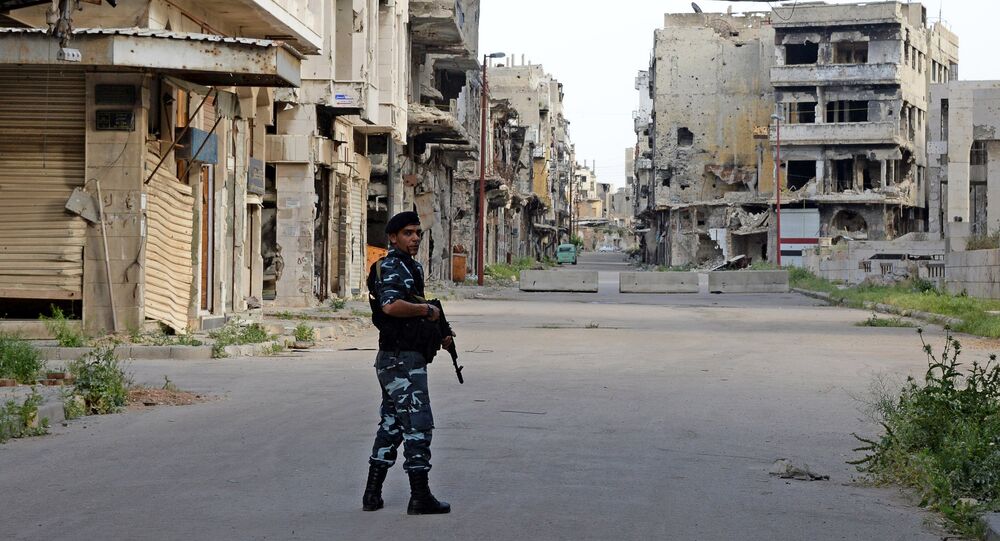 The Israeli government has refused to respond to reports of a missile strike on a Syrian airbase in Homs province, which it had earlier bombed in February.

According to the pan-Arab TV channel Al-Mayadeen, an Israeli surveillance plane was spotted over the base in Homs at the moment of the rocket strike.

“An Israeli reconnaissance plane was overflying the T-4 airbase in Homs struck by missiles,” the broadcaster reported, citing sources.

It has also reported that the missiles were coming from the Mediterranean Sea through Lebanon. At the same time, Israel, which bombed the same base in February, has abstained from commenting on the incident.

Calls to Strike “the Assad regime”

On April 8, Israeli Strategic Affairs and Public Security Minister Gilad Erdan suggested that the United States should attack Syria in response to the alleged chemical weapons use in the city of Douma in Eastern Ghouta.

“It shows the need for strengthening the presence of American and other international forces, because without them the genocide we are seeing will only intensify,” Erdan told Army Radio.

Another official, Construction Minister Yoav Gallant, has also voiced hope that military action would be taken against Syria.

“Assad is the angel of death, and the world would be better without him,” he said.

Earlier, Syrian state media SANA reported a missile strike on a T-4 airbase, with suggestions that the US might have been behind the attack. The Pentagon, however, denied any involvement. It was also stated that Syrian Air Defense Force managed to intercept several rockets, although the strike did cause casualties. It has yet to be determined who carried out the attack.

Last week, several media outlets cited militants in Syria accusing the government of using chemical weapons in Douma, with Jaysh al-Islam claiming that the Syrian army had dropped a chemical bomb on Eastern Ghouta. Damascus has strongly denied these claims: last month, the authorities reported that several foreign specialists were working on staging a chemical attack, which could be carried out with the help of the notorious White Helmets and would inevitably be covered by mainstream media.