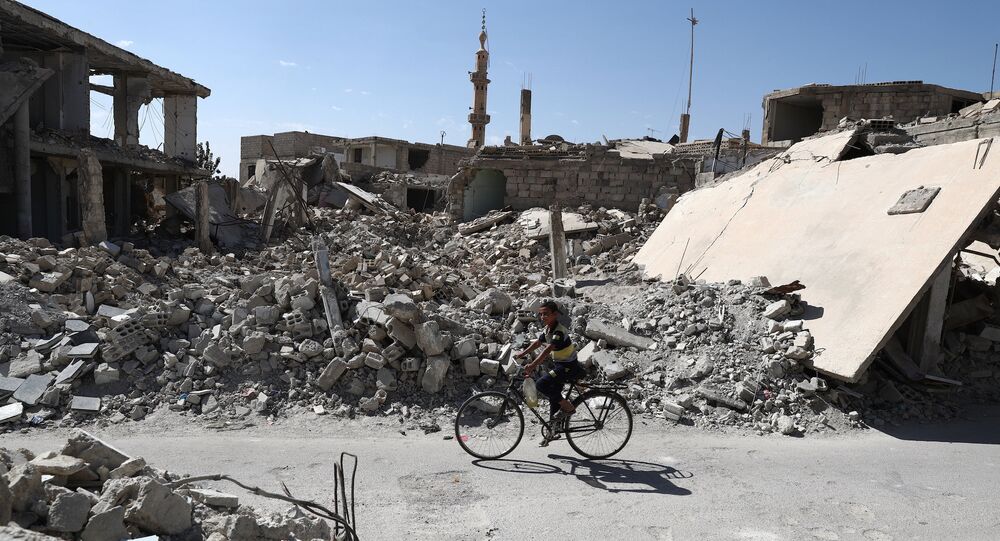 MOSCOW (Sputnik) - No chemical weapons were used in the vicinity of the city of Douma in Syria's Eastern Ghouta, and all accusations against the Syrian government troops are fake, the Russian reconciliation center for Syria said on Sunday.

On Saturday, several media outlets, citing Syrian militants, accused Damascus of using chemical weapons in Douma. US President Donald Trump's Homeland Security Advisor Tom Bossert said earlier on Sunday that he did not rule out military actions against the Syrian government in connection with the reports. At the same time, Trump accused Russia and Iran of supporting Syrian leader Bashar Assad.

"No chemical weapons were used in this area, and all accusations against the government troops from the West are nothing more than another fake," center's commander Maj. Gen. Yuri Yevtushenko said at a daily briefing.

© AP Photo / Alex Brandon
State Dept Says Russia Responsible for "Brutal Targeting of Countless Syrians With Chemical Weapons"
Earlier on Sunday, the Russian Defense Ministry's Center for Syrian Reconciliation refuted reports about the use of a chlorine bomb in Syria's Douma, adding that Russia was ready to send its specialists to collect data that would confirm the fabricated nature of the statements.

Russian Foreign Ministry has said that the information attacks about alleged use of chemical weapons by the Syrian government forces were aimed at covering up terrorists and justifying possible external military action. The ministry has warned against any military action based on far-fetched and fabricated reports, adding that it might have severe consequences.