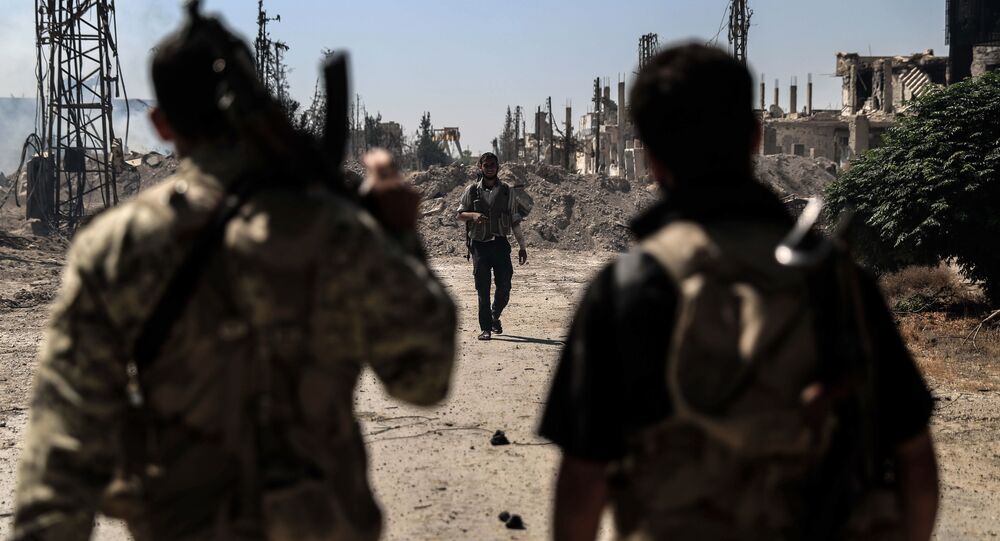 The first buses carrying members of Jaish al-Islam militant group and their families have left the Syrian city of Douma, the Russian Defense Ministry reported.

The Russian Center for Reconciliation of Opposing Sides in Syria earlier said that a number of Western countries were trying to hinder this operation via allegations of chemical weapons use by Syrian government forces.

"The withdrawal of the militants of the Jaish al-Islam group from the city of Duma in Eastern Ghouta began. First buses with militants and their family members crossed the checkpoint in the Muhayam al-Wafedin district," the statement said.

© REUTERS / Bassam Khabieh
Syrian Douma Residents Protest Against Jaysh al-Islam Militants - Activist
It is planned to withdraw up to 8,000 militants and about 40,000 of their relatives from Douma.

The website of the Russian Defense Ministry is broadcasting the operation.

Earlier, the Jaysh al-Islam militants have reached a deal with the Syrian government to release all prisoners in exchange for providing a safe exit for militants to the city of Jarabulus, Syrian state media reported.

Jaysh al-Islam radical militant group has been retaining control over the city of the Douma in Syria's Eastern Ghouta, the Russian reconciliation center for Syria reported earlier. The group had received an ultimatum to evacuate its forces and hand over control to Damascus, according to the Fars News Agency.