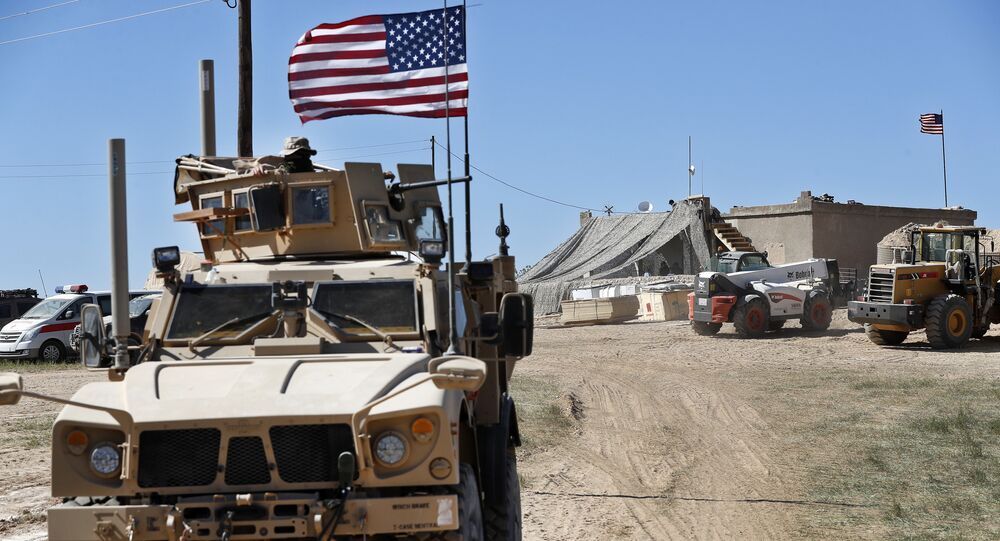 Despite the Trump administration’s claims that it is "very seriously" mulling the pullout of forces from Syria, new evidence of Washington’s growing presence in the region has been emerging.

According to the Telegram channel Directorate 4, which focuses on news about armed conflicts, the US-led coalition is transferring military hardware and equipment from northern Iraq to Syria. The photos, that have been posted on the account and have yet to be verified, show a convoy passing the Syrian city of al-Hasakah and consisting of ambulances, pickup trucks and haulage trucks carrying concrete fortifications for boosting military positions.

© AP Photo / Hussein Malla
PHOTOS Allegedly Show US Special Forces Deployed in Northern Syria
This comes amid reports in Turkish media last week that the US was bolstering its military presence in Syria’s Manbij, setting up two new facilities in the region and deploying 300 troops, armored vehicles and construction units in the area.

Kurdish commanders speaking to Sputnik have confirmed that the US, France and the UK were beefing up their presence in Manbij, adding that this seemed to indicate that the US and Turkey had not reached a deal on each other's ongoing operations in the region.