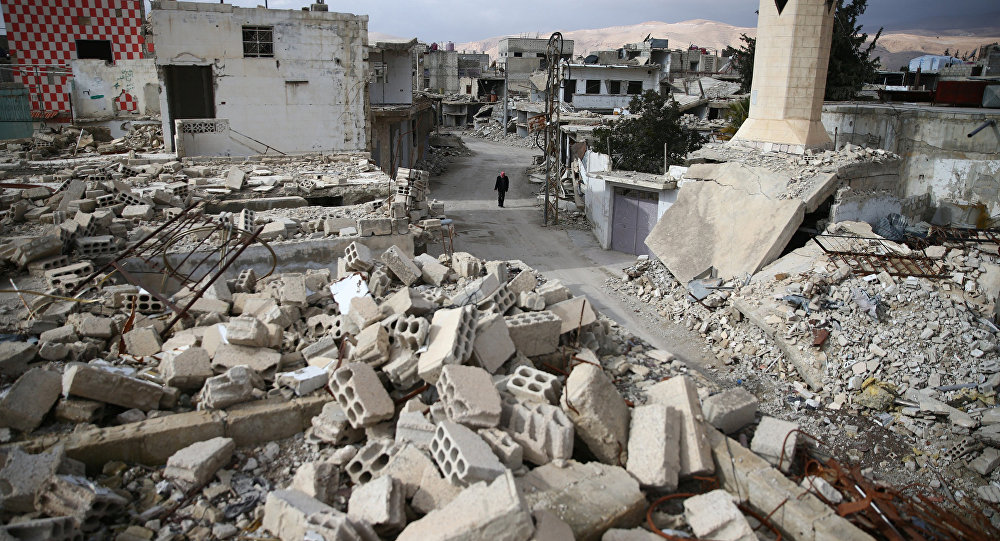 The locals of Ghouta who have suffered most of the terrorist acts that made them seeking the safety outside of their towns give a response to a series of demands, with the foremost a military firm line against terrorists and the full establishment of state control over Douma in Eastern Ghouta.

Jaysh al-Islam militants retain control over the city of the Duma in Syria's Eastern Ghouta, the Russian reconciliation center for Syria informed.

"The most difficult situation is in the city of Duma [Eastern Ghouta]. The illegal armed formation 'Jaish al-Islam' retains control over this settlement," center's commander Maj. Gen. Yuri Yevtushenko said at a daily briefing.

Earlier in the day, the Syrian government and the Jaysh al-Islam militants have reached a deal on the release of all prisoners in exchange for providing a safe exit for militants to the city of Jarabulus, according to the Syrian state media.

"Humanitarian corridor with a checkpoint in Muhayam Al-Wafedin district has been reopened. Fighting in the city of Duma has been discontinued," center's commander Maj. Gen. Yuri Yevtushenko said at a daily briefing.

The official noted that it was just another proof that no chemical weapons were used in this area, and all accusations against Syrian government troops from the West are nothing more than another fake.

Up to 8,000 militants and about 40,000 of their relatives are scheduled to withdraw from Duma, Yevtushenko stated.

Last week, the Russian military announced a preliminary agreement between the Syrian army and the Jaysh al-Islam radical movement on ending hostilities, disarmament, and their withdrawal from Douma. According to the deal, the militants must show minefield and tunnel maps and voluntarily clear buildings and transport routes of mines before their pullout.

Since February 18, Syrian government forces have been conducting operation dubbed Damascus Steel in Eastern Ghouta in a bid to clear the area of militants that had been attacking the Syrian capital from.