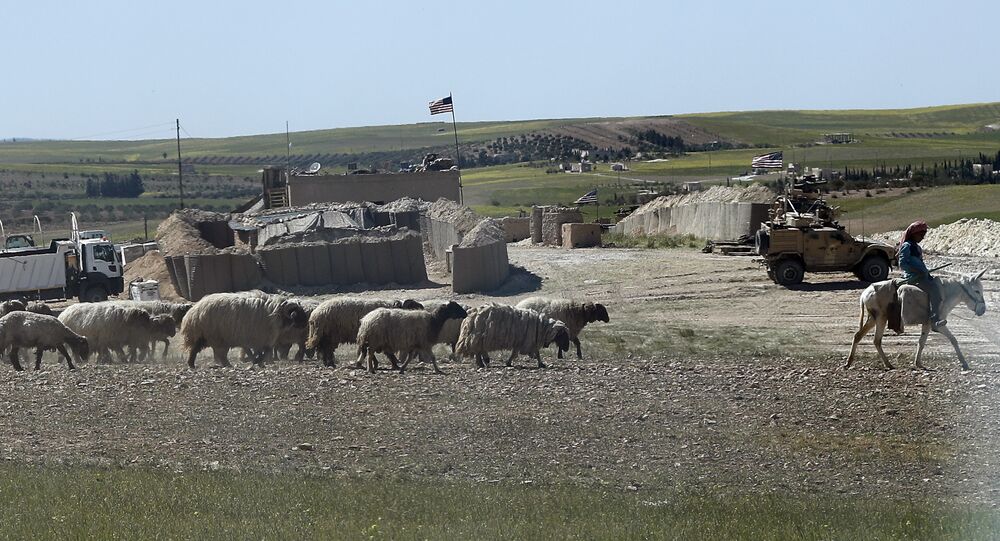 As US armed forces bolster their presence in Syria’s north, their Kurdish allies reveal the real reason for this deployment and for the construction of US military installations in the region.

Two Syrian Democratic Forces fighters posted near a new US military base in Manbij told Ruptly video agency that the SDF coordinates its activities with US troops against Turkish operations in the region.

The fighters explained that the base was established a year ago in order to ward off a potential Turkish offensive.

One of the fighters declared that the US forces are ready to tackle any threat and that if the Turkish military attempts an attack, the US-led coalition would definitely rush to the aid of its Kurdish allies.

Earlier local media outlets reported that the US-led coalition forces established yet another base on Syrian soil, to the northwest of the city of Manbij in Aleppo province and deployed about 200 servicemen with armored support in the area.

Rezan Gilo, the joint chief of defense in Syrian Kurdistan (Rojava), also told Sputnik that the international coalition led by the US is building new bases in northern Syria and that Manbij serves as a coordination hub between the coalition and the SDF.