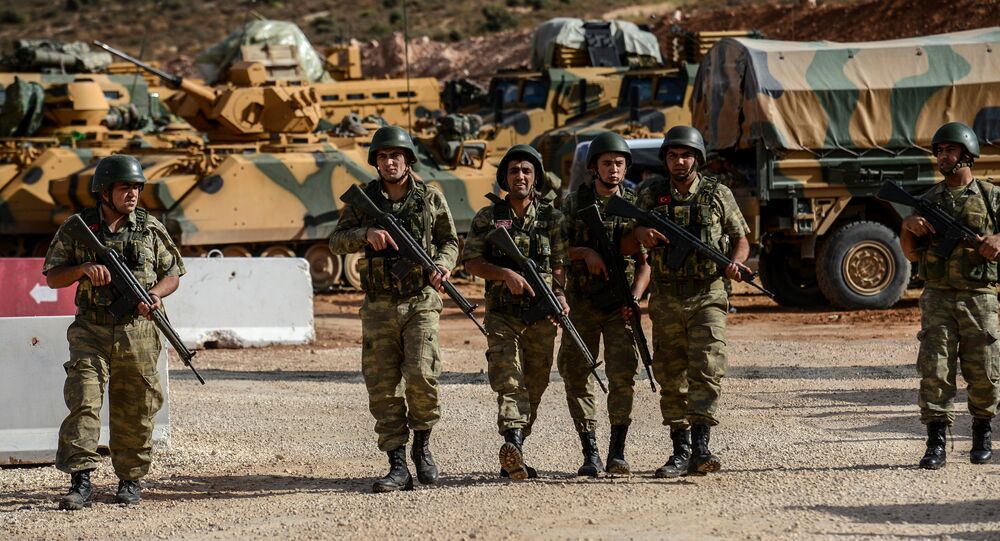 "The ninth observation post has been set up in Idlib," the Turkish General Staff said in a tweet.

According to the Anadolu news agency, a military convoy of 100 vehicles crossed the Turkish-Syrian border on Saturday morning and reached the post, which is located in the Morek region in 88 kilometers (54.6 miles) from the border. The Syrian government forces and Iran-supported militias are deployed just in three kilometers from the new observation post.

© REUTERS / Khalil Ashawi
One Turkish Soldier Killed, Five Injured as Result of Syria's Idlib Attack
There are currently four agreed de-escalation zones in Syria, which has been engulfed in a civil war since 2011: the first in Idlib and parts of neighboring Latakia, Hama, and Aleppo provinces; the second in the north of the central Homs province; the third in Eastern Ghouta near Damascus; and the fourth in certain parts of the country's southern Daraa and Quneitra provinces.

​The agreement on the establishment of de-escalation zones has been reached by the Syrian ceasefire guarantor states — Iran, Russian and Turkey — as part of the Astana peace process for Syria.