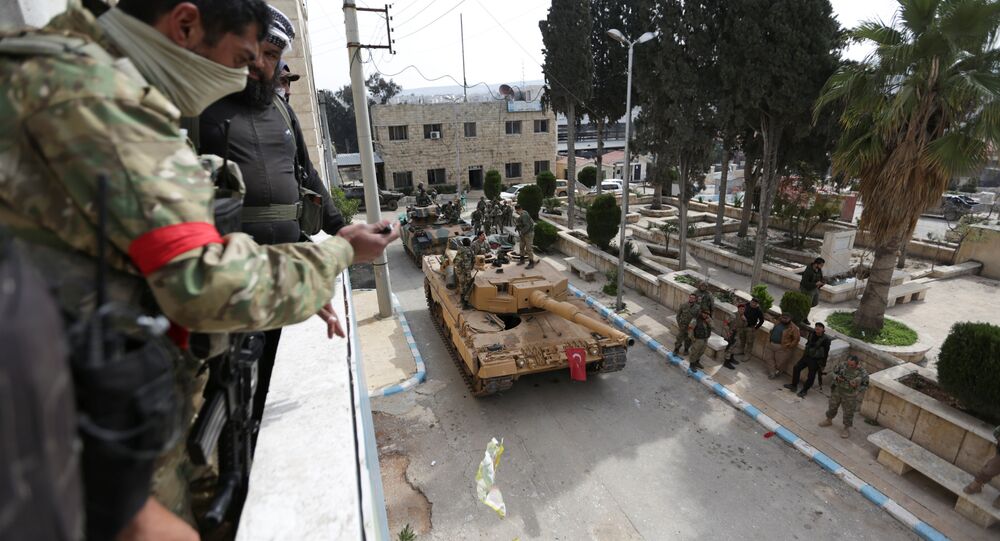 An aide to Turkish President Recep Tayyip Erdogan has claimed that Turkish military operations Euphrates Shield and Olive Branch would have been impossible without Russian cooperation.

During an interview with CNN Turk, Ilnur Cevik, an aide to Turkish President Recep Tayyip Erdogan, said that the Turkish military operations dubbed Euphrates Shield and Olive Branch were conducted with support from Russia.

"Recently, Russia demonstrated high effectiveness of its actions, showing its brightest side. My personal estimation of this process — 10 out of 10. The Euphrates Shield and Olive Branch operations were conducted thanks to Russia's support. If Russia did not open the airspace, we would not only not be able to enter Afrin and Al-Bab, we would not be able even to take off a drone," he underscored.

READ MORE: We Will Not Allow Strangers to Be Stationed in Afrin — Kurdish Official

The operation was said to be an offensive against the Kurdish-led Democratic Union Party in Syria (PYD), its armed wing People's Protection Units (YPG), and Syrian Democratic Forces (SDF) positions surrounding the Syrian city of Afrin.

Turkey considers both the PYD and the YPG to be linked to the Kurdistan Workers' Party (PKK), listed as a terrorist organization by Ankara.