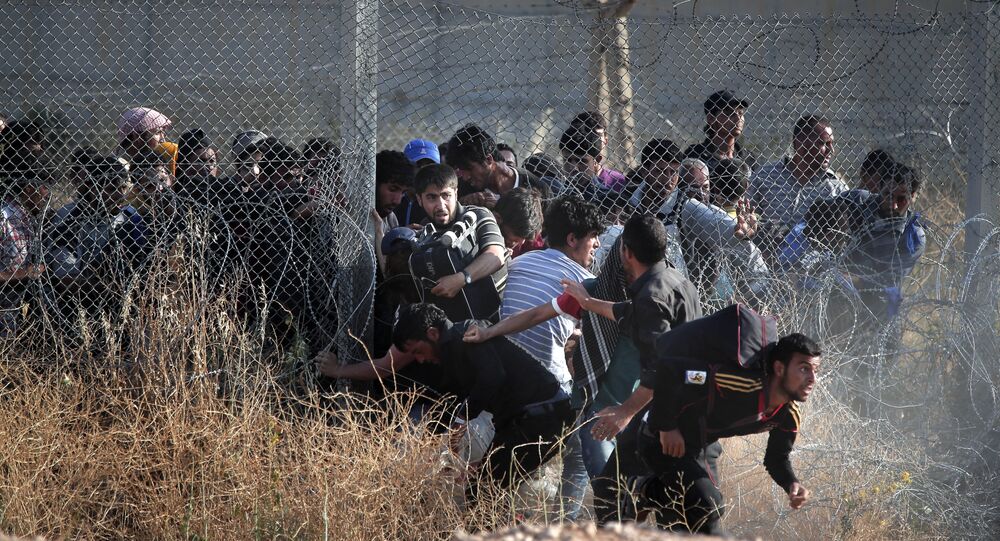 "Many returnees from Syria and Iraq seek to enter Ukraine through Turkey since Ukraine has a visa-free regime with the European Union. So, Western partners created another big problem for themselves. The Turkish side has been making efforts to avert the transit of terrorists through its territory, but it can hardly stop all of them … It is relatively easy to obtain a Ukrainian passport, so terrorists seek to go there," Rogachev said.

© REUTERS / Charles Platiau
Paris Police Taking Away Blankets From Migrants Sleeping Rough on Streets - MSF
Rogachev noted that the main problem was that hundreds and thousands of militants from conflict zones have dispersed across the world. The majority avoid returning to countries of their origin, where law enforcement agencies may have records of their movements and take action.

The issue of dealing with such returnees has turned into a problem of third countries, the diplomat concluded while stressing that international cooperation could play a key role in tackling this aspect of counterterrorism.