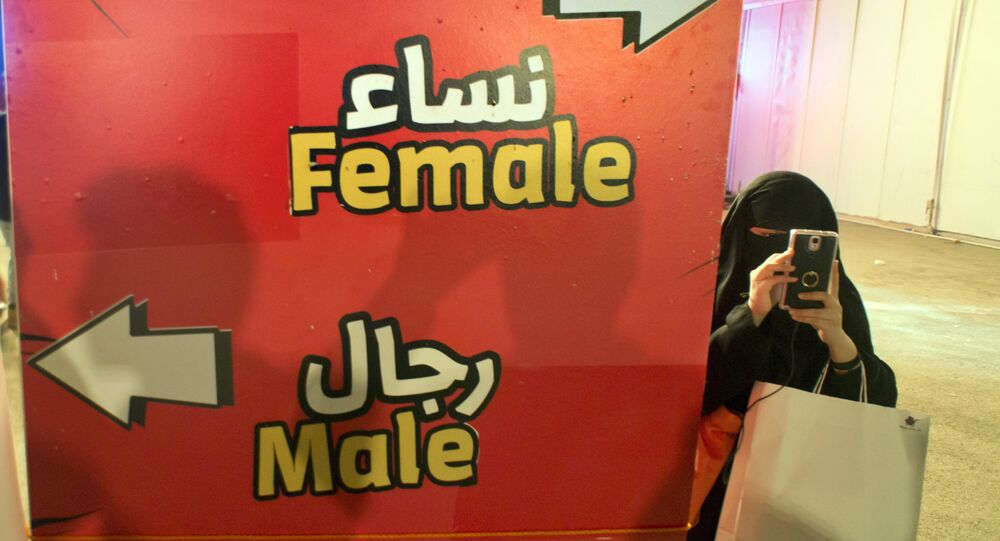 Saudi Arabia is set to become the new market for Hollywood after the government opened up the country to Western movies. The Middle Eastern nation is lifting a 35-year-old ban on movie theaters, prompting a land rush for US and other international exhibitors who want to build cinemas in the film-deprived country.

Saudi Arabia could be the greatest untapped cinema market left on the planet. Over half of their population of nearly 30 million are under 25, and over a quarter are 14 and under, meaning there is great potential for family-friendly films to rack up huge revenues in the country.

“This is a very big opportunity for the entire movie industry,” said John Fithian, CEO of the National Association of Theatre Owners. “It’s a market that’s potentially huge. The vast majority of people in Saudi Arabia are young people with a lot of disposable income and they have a real appetite for movies.”

Some estimates suggest that within three years Saudi Arabia could provide Hollywood with an extra $1 billion in revenue, a little more than Japan.

“It’s a huge population that basically has nothing to do” in terms of entertainment, said Karim Atassi of Middle East exhibition chain Cinemacity, who will be among the first to install the new theaters in Saudi shopping malls.

The move is part of a wider attempt by the Saudi government to integrate with the movie industry. The Public Investment Fund of Saudi Arabia is on the verge of buying a $400 million stake in the holding company for William Morris Endeavor, the largest talent agency in Hollywood. Even this is only a small piece of a planned US$64 billion investment in the entertainment industry over the next decade.

With Chinese investment in Hollywood slowing, Saudi Arabia is seen as the ideal replacement for both financing productions and box office revenues. However, just as studios have to tolerate Chinese state censors editing their productions they will likely come into conflict with Saudi Arabia’s ultra-conservative morality.

It is likely that they will adopt an age-based rating system, though exact censorship standards are still being worked out. The Saudis will likely impose restrictions similar to those in Kuwait, Bahrain and the UAE, so movies containing sex, homosexuality and religious issues will be prohibited or heavily censored. Many Hollywood movies that play in Kuwait only last for an hour due to their censors editing out anything they deem controversial or undesirable.

The Chinese example suggests that this may also involve political censorship, as government officials have trimmed scenes from movies that they did not want the domestic population to see. Chinese screenings of Mission: Impossible 3 omitted a scene where clothes are drying on a washing line in Shanghai because they felt it reflected poorly on the city. In order to gain distribution in China, Skyfall had to remove a scene where James Bond kills a Chinese security guard because the regulators were unwilling to show a Chinese citizen being murdered by a foreigner. Meanwhile, Men In Black 3 was forced to cut out a scene where civilians have their memories erased, again to appease the political concerns of Chinese censors.

‘Helping Hand’: Chinese Cinema Chain Operator Inks Partnership Deal With Sony Pictures
This inevitably has an influence upstream, on writers and producers who are ultimately hoping to get their movie into the Chinese market. The makers of Marvel’s Dr Strange changed one of the characters from a Tibetan man to a white woman, causing widespread criticism from fans. As screenwriter Robert Cargill explained, “He originates from Tibet, so if you acknowledge that Tibet is a place and that he’s Tibetan, you risk alienating one billion people who think that that’s bulls**t and risk the Chinese government going, ‘Hey, you know one of the biggest film-watching countries in the world? We’re not going to show your movie because you decided to get political.”
...
Reddit
Google+
Blogger
Pinterest
StumbleUpon
Telegram
WhatsApp
0 0