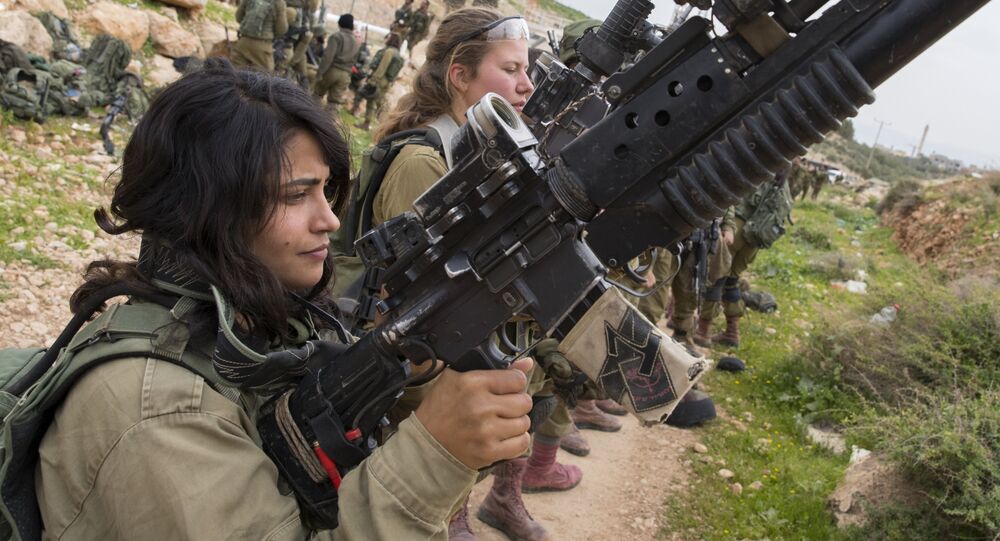 According to a top Israeli general, the Jewish state is bracing itself for Palestinian protests, planned for Friday and are armed to prevent Special reinforcements on Gaza's perimeter have “permission to open fire" to prevent "“mass border infiltration.” He warns that war is more probable in 2018 than in the last three years.

Gadi Eizenkot, Chief of General Staff of the Israel Defense Forces, has told the outlet Yedioth Ahronoth that the IDF has stationed more than 100 sharpshooters on the Gaza border due to security concerns ahead of Palestinian rallies. He revealed that the special reinforcements, who are permitted to open fire, should prevent “mass infiltration” or the damaging of barriers if the protests grow violent.

On March 30, demonstrators will demand the right of Arab refugees to return to the territory of Israel, which the country has blocked over fears that it will lose its Jew majority. The date marks the 42nd anniversary of the death of six Arabs who were killed by Israeli Special Forces during rallies against land confiscation in 1976. They are scheduled to last until mid-May, until what's known as “Catastrophe Day,” or “Nakba,” dedicated to the establishment of the State of Israel in 1948, when many Palestinians were forced to move.

“We have deployed more than 100 sharpshooters who were called up from all of the military’s units, primarily from the Special Forces. If lives are in jeopardy, there is permission to open fire,” the general told the media.

Eisenkot also admitted that over the past years more than a thousand operations were conducted on the territory of other countries, but refused to reveal any other details. He warned that the current rising tensions in the region can lead to a critical worsening of the situation, including war.

"I might have to command the army through a war, but I'm making great efforts to prevent that. The chance of that happening this year is bigger than in the first three years of my term. There are many negative vectors in the region pushing towards a conflict, and there are many things that depend on us," Eisenkot said.

In his interview with the newspaper Haaretz, he named the 70th anniversary of the founding of Israel and the relocation of the US Embassy from Tel-Aviv to Jerusalem as events which threatened to destabilize the situation.

Trump officially recognized Jerusalem as the capital of the state of Israel on December 6. The move was widely condemned at the UN, including among European leaders, and even by Pope Francis. Six days after the announcement, the Palestinian Islamic fundamentalist organization Hamas, which governs the Gaza Strip, called for the beginning of the third "intifada."

Others critical factors include the worsening social and economic decline in Gaza as well as the failure of reconciliation between the Fatah and Hamas movements.