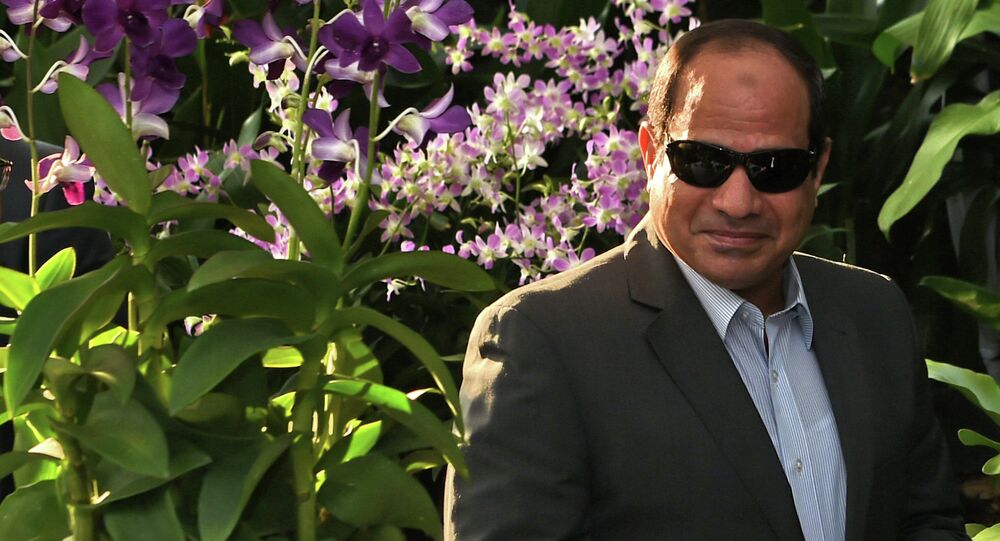 Data obtained by the Youm7 publication from 5,934 polling places shows Sisi en course to win this week’s election, with first results putting him in the lead with 9.2 million votes.

His challenger, Moussa Mustafa Moussa, a little known leader of the Future party, is lagging far behind with 250,000 votes.

A total of 60 million were eligible to vote in the three-day election, which kicked off on Monday. Sisi is running for a second four-year term in office.

Three other candidates dropped out or got arrested.

© Sputnik / Eduard Pesov
'Unprecedented': Outlook of 3-day Presidential Vote in Egypt
Polling stations have opened in Egypt on Monday, with voters having an opportunity to cast their ballots in this three-day presidential election. Only two hopefuls are running for presidency this year – Moussa Mostafa Moussa, the leader of the liberal Ghad Party, and incumbent President Abdel Fattah Sisi.

According ti the Egyptian law, Military personnel and police officers are not allowed to vote throughout the duration of their service. Convicts and persons suffering from mental disorders cannot vote. Voters outside their governorate of residence are allowed cast a ballot at a different polling station.

Persons who are included in the voter database and fail to cast a ballot without good reason are fined no less than 500 pounds.

The casting of votes is done by marking a ballot. The voter deposits the ballot into the ballot box after signing or affixing a thumbprint, and then has a finger dipped in ink that cannot be removed for 48 hours.

According to the 2014 Egyptian constitution, the president is the head of state and head of the executive. The president is elected every four years and can only be re-elected once.

Presidential Election in Egypt to Begin on Monday