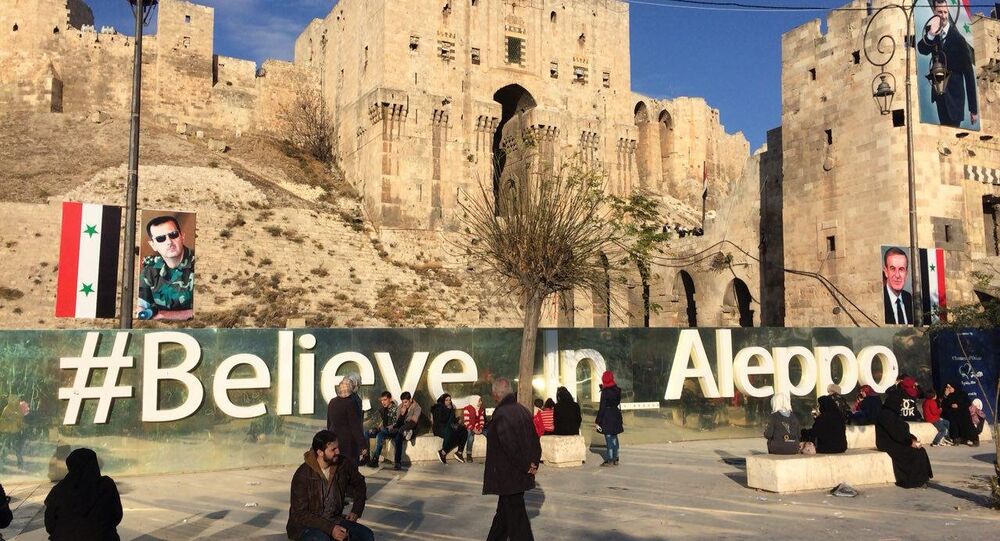 Residents of the war-torn city, which was freed from terrorist groups in 2016, have reportedly protested against a Turkish military operation as well as the US presence in Syria.

Hundreds of people have come to the central square in Aleppo to take part in a rally against the Turkish military operation in Afrin, according to the Syrian news agency SANA. They demanded that Ankara withdraw its troops from Syrian territory. They also reportedly held banners condemning the US and Western countries for their interference in Syria, which contradicts international law and ethics.

A Protest in Aleppo Denouncing Turkish and US Interference in Syria https://t.co/SlnmE5Wc0w pic.twitter.com/XlpOB2isT2

On January 20, Ankara, jointly with opposition Free Syrian Army forces, launched Operation Olive Branch, entering the Syrian region of Afrin, which is predominantly populated by Kurds. Ankara claims it wants to "clear" Turkey's border from the "terrorist" threat: Turkey sees de facto autonomous Kurdish regions of Syria as controlled by terrorists and is especially wary of Kurdish held regions to the west of the Euphrates River. However, it’s been reported that Turkish troops have entered the southern part of Aleppo province, following the Kurdish fighters. More than 200,000 residents of the predominantly Kurdish Syrian city have been forced out of their homes.

Turkey considers the Democratic Union Party (PYD), a Kurdish political party in northern Syria, and its Kurdish People's Protection Units (YPG) militia to be linked to the Kurdistan Workers' Party (PKK), listed as a terrorist organization by Ankara.

These actions have been strongly condemned by Damascus, which calls Turkey's move "a violation of the country's sovereignty." However, Ankara has stated that preservation of the territorial integrity of Syria is the common goal of Ankara and Damascus, and that Turkish troops are not going to attack government forces in Syria.

The US-led coalition launched its campaign of airstrikes against Daesh* in 2014, following them up with the deployment of US forces into Syria’s northeastern regions, as the terrorists' so-called caliphate started to lose ground. The US has backed the Syrian Democratic Forces (SDF) for several years. Damascus has repeatedly criticized the US military intervention, pointing out that US forces were never invited into the country by the internationally recognized government of President Bashar Assad.

*Daesh, also known as ISIS, Islamic State, IS is a terrorist group, banned in Russia.