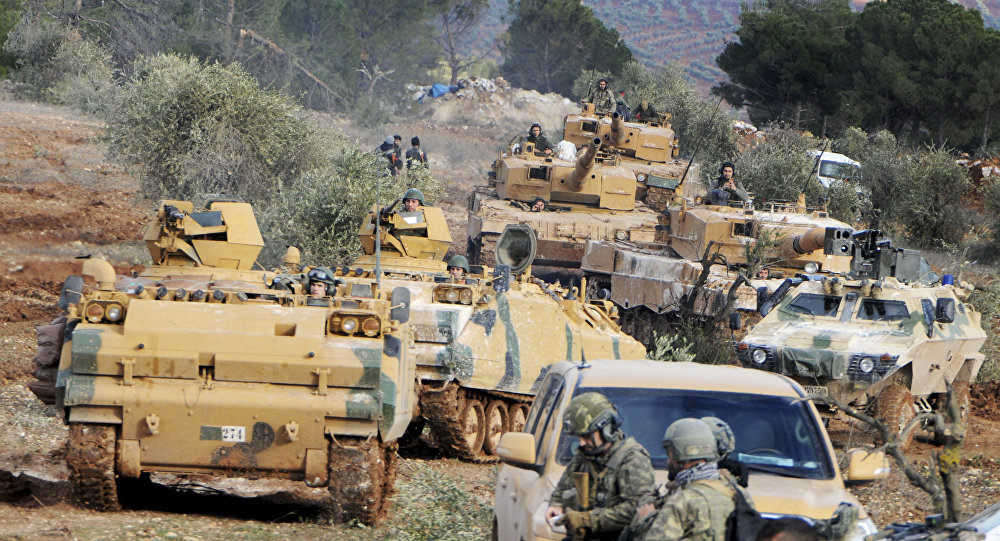 Erdogan: Turkey Will Do 'What's Necessary' if Baghdad Gov't Op in Sinjar Fails

Turkish President Recep Tayyip Erdogan has stated that the country's head of intelligence will meet an Iraqi official later in the day to discuss a potential operation in Sinjar.

"Yesterday I received information from our intelligence that the Iraqi leadership had started some military operations in Sinjar (against the PKK). We are monitoring what is happening there. Today, an official representative of the [Iraqi] government will arrive to Turkey and after his talks with the head of our intelligence there will be concrete results. We want the leadership of Iraq to conduct this operation independently, but if there are problems, we will hold new negotiations with Baghdad and do everything necessary," Erdogan told journalists.

Previously the Turkish president had repeatedly stated that Ankara's ongoing military operation in Syria against the Kurdish militia would be focused on the regions of Manbij and Idlib moving forward up to the Iraqi border.

On March 24, the General Staff of the Turkish Armed Forces declared full control over Afrin.

The Iraqi city of Sinjar and the surrounding area, inhabited mainly by Yazidi Kurds, were captured by the militants of the Daesh* terrorist group in August 2014. Thousands of Yazidis were killed, from 5,000 to 7,000 women fell into slavery.

In December 2015, fighters from the Kurdistan Workers' Party succeeded in liberating Sinjar, after which they formed local self-defense forces.

Erdogan went on saying that Ankara still expected the United States to move the Kurdish People's Protection Units (YPG), which Ankara considers to be linked to the PKK, from the Syrian town of Manbij.

On March 21, Turkey's Foreign Minister Mevlut Cavusoglu said the United States and Turkey had reached an "understanding" on stabilizing the town of Manbij, where US-led coalition troops are stationed. Commenting on this statement, Operation Inherent Resolve spokesman Col. Ryan Dillon told Sputnik that the US-led coalition fighting the IS in Iraq and Syria was unaware of it.

Tensions between Ankara and the Kurds escalated in July 2015 when a ceasefire between Turkey and the PKK collapsed over a series of terror attacks allegedly committed by PKK members. Turkish forces are currently involved in anti-PKK raids across the country, as well as in Iraq and Syria.

At the same time, Turkey has good relations with the KDP (Kurdistan Democratic Party), in particular, the KDP sells oil through Turkey, and Turkish companies invest in Iraqi Kurdistan.

* Daesh (ISIS, ISIL, IS) and al-Nusra Front are terrorist organizations banned in Russia