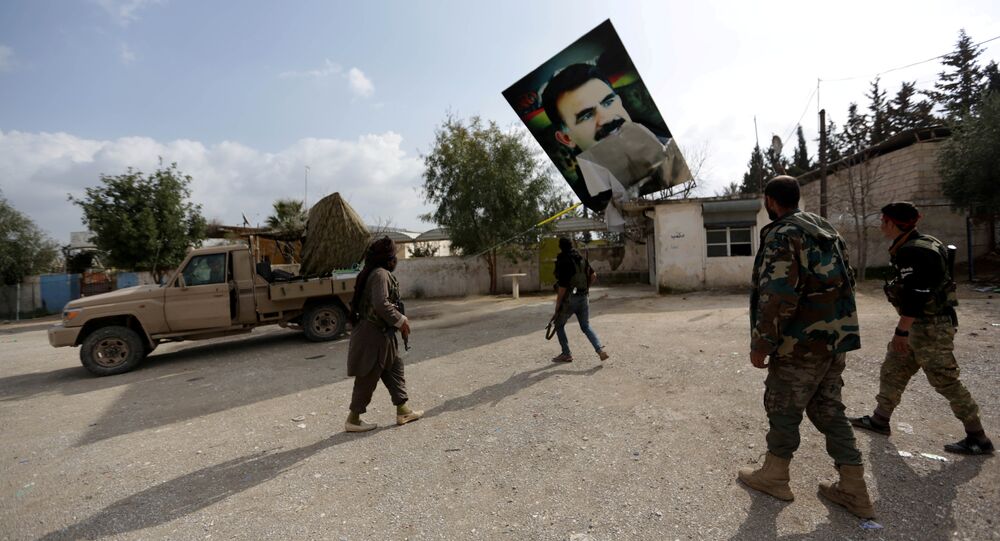 Turkish President Recep Tayyip Erdogan has stated that the Syrian city of Tal Rifaat would be the next target of Ankara's ongoing military offensive against Kurdish militants.

"God willing, we will ensure this operation achieves its goal after taking control of Tal Rifaat in a short period of time," Erdogan declared in the Black Sea city of Trabzon.

This announcement confirms the president's multiple statements, saying that the Turkish operation in northern Syria would continue after the seizure of Afrin and will focus on the regions of Manbij and Idlib moving forward.

The day before, the General Staff of the Turkish Armed Forces declared that the country's forces had established complete control over the Kurdish-dominated city of Afrin.

Turkey had launched its military operation dubbed Olive Branch on January 20, jointly with the opposition Free Syrian Army forces. The country has repeatedly underscored that their military advance was aimed at "clearing" the Turkey-Syrian border from the terrorist threat. This menace, as Ankara explained, was constituted by the Democratic Union Party (PYD), a Kurdish political party in northern Syria, and the Kurdish People's Protection Units (YPG) militia to be linked to the Kurdistan Workers' Party (PKK), listed as a terrorist organization by Ankara.

According to a recent consolidated report, a total of 3,731 Kurdish and Daesh militants have been killed or captured since the start of the military campaign.

Reacting to the operation, Damascus has condemned it as a violation of Syria's sovereignty.