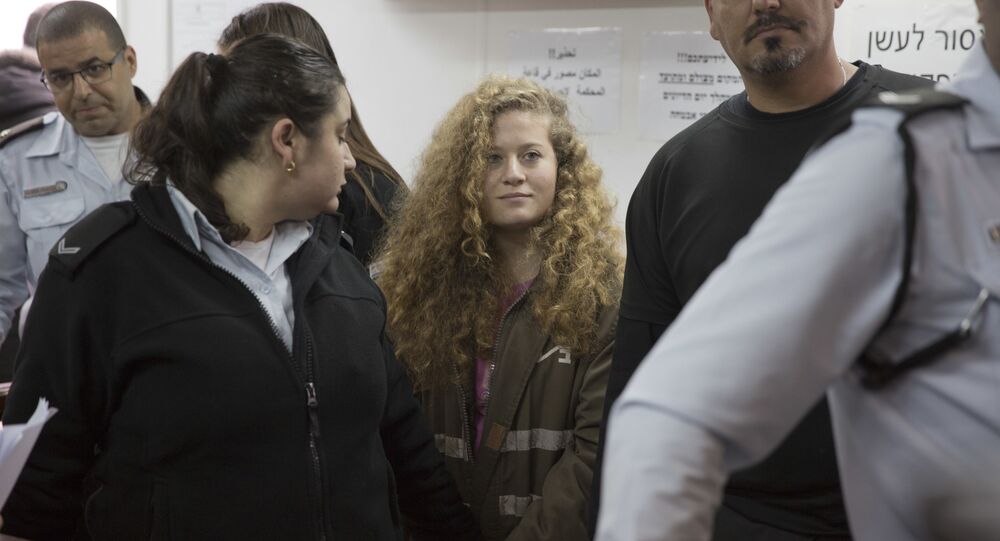 MOSCOW (Sputnik) - UK Minister for the Middle East Alistair Burt on Friday said that the sentencing of Palestinian teenager Ahed Tamimi in Israel demonstrated how the Palestinian-Israeli conflict was hurting the younger generation.

"The conviction and sentencing of Ahed Tamimi is emblematic of how the unresolved conflict is blighting the lives of a new generation, who should be growing up together in peace, but continue to be divided," Burt was quoted as saying in a Foreign Office statement.

According to the statement, the United Kingdom will continue to appeal to Israel regarding the treatment of Palestinian children in Israeli military detention, a task which will remain a human rights priority for London.

"We have offered to help the Israeli authorities through expert-to-expert talks with UK officials. The offer still stands and we hope Israel will take us up on it. While we recognize that Israel has made some improvements, it needs to do much more to safeguard vulnerable people in its care," Burt said.

Sentenced to eight months of prison by Israel's Ofer military court, Tamini, 17, was arrested in December after a video of her slapping two Israeli soldiers near her house in the village of Nabi Saleh on the West Bank went viral.

Israeli forces regularly conduct search and detention raids on the territory of the West Bank, one of the Israel-controlled territories where Palestinians seek to create their own state. In addition, Israel has been using its administrative detention policy against Palestinians on a wide scale. The Palestine Liberation Organization (PLO) has repeatedly accused the Israeli security forces of detaining Palestinian minors and children.