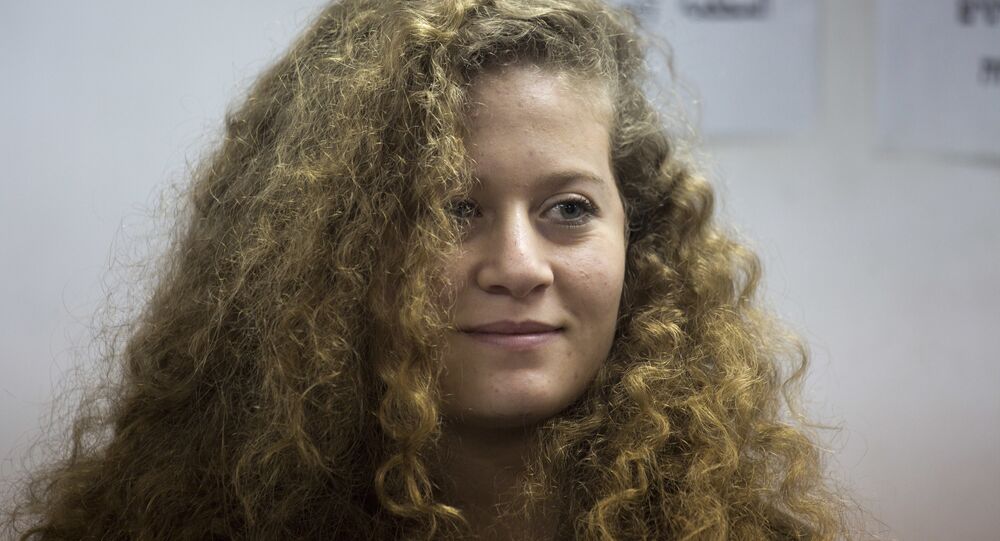 Ahed Tamimi, the 17-year-old Palestinian girl who became an international symbol of Palestinian resistance after slapping an Israeli soldier in December, accepted a plea bargain on Wednesday to serve eight months in an Israeli prison.

Tamimi, who has already spent three months in an Israeli jail, faced up to three years in prison if convicted of the 12 counts against her, including assault, stone-throwing, incitement of violence and making threats.

However, Israeli prosecutors agreed to abridge her prison sentence to eight months as part of the plea deal, which is being hailed a win by her supporters, given the anticipated sentence. Under the deal, she would plead guilty to only four of the 12 charges against her, Middle East Eye reported.

"Her call for freedom has inspired a generation of Palestinian children who are daring to demand a different kind of future," said Fadi Quran, coordinator of the Free Ahed Tamimi campaign, the Guardian reported.

© AFP 2021 / AHMAD GHARABLI /
Activist: Ahed Tamimi’s Slap Against Occupation ‘Has Resonated With People Around the World’

Israeli soldiers were patrolling the area to prevent Palestinians from throwing stones at Israeli motorists. The incident, which was live-streamed on Tamimi's mother's Facebook account, shows the teenage girl walking toward two soldiers and telling them get out before kicking, shoving and slapping them. The Israeli soldiers reacted by moving slowly away and Tamimi's mother is then seen intervening. A few days later, Tamimi was arrested during a night raid by Israeli forces.