Syria's government forces have already liberated 70 percent of territory of the Damascus suburb of Eastern Ghouta, which has been under terrorists' control since 2012.

A video of a visit by President Bashar Assad to one of the Syrian Army's formations has been published by the Syrian Arab News Agency (SANA).

While it wasn't immediately clear which formation hosted Assad's surprise visit, the footage came after the Syrian President visited army positions in Eastern Ghouta, where he met with the "heroes of the Syrian Arab Army" according to Assad's Telegram account.

At the same time, a Syrian Army source has told Sputnik that the army had ruled against a bargain with militants which would have ensured them transport from the Eastern Ghouta city of Harasta to Idlib.

According to him, the Syrian Army's offensive on Eastern Ghouta has prompted panic among militants.

"The population is up in arms against them [militants] and now they have no other option but to surrender," the source added. 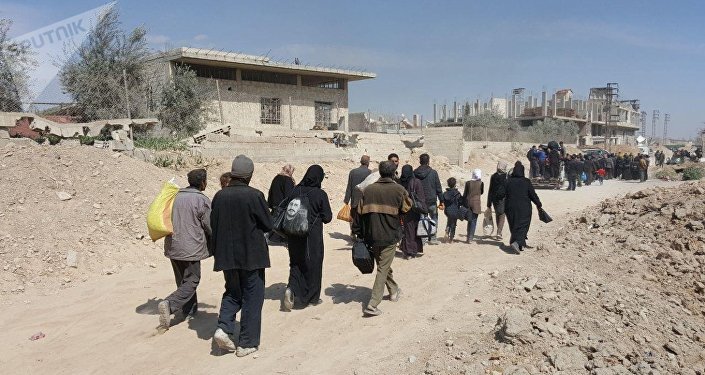 At least 70 percent of Eastern Ghouta have already been liberated by the government troops, according to the Syrian Army command. The area has been under terrorists' control since 2012.