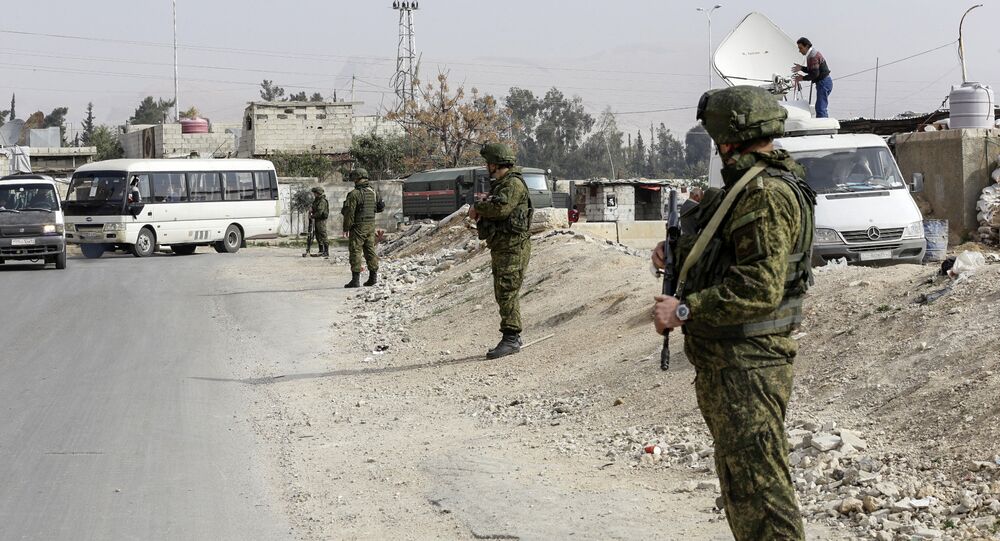 MOSCOW (Sputnik) - The Russian Defense Ministry has organized live broadcasts at checkpoints and humanitarian corridors in Eastern Ghouta and Aleppo, the ministry said on Friday.

"The Russian Center for Syrian reconciliation has organized live broadcasts near checkpoints of humanitarian corridors used for withdrawal of civilians from Eastern Ghouta and Aleppo," the ministry said on its website.

The ministry notes that the broadcast was conducted by means of CCTV cameras installed in the area of Muhayam Al-Wafedin checkpoint in the northern part of Eastern Ghouta and Hammuriya in the southern part, as well as along the route of the humanitarian corridor Tell Sultan-Abu Adh Dhuhur in Aleppo.

On Thursday, Maj. Gen. Yuri Yevtushenko, the head of the Russian Center for Syrian reconciliation, said that a total of 11,640 people had left the besieged Damascus suburb of Eastern Ghouta since the introduction of daily humanitarian pauses in the area on February 28.