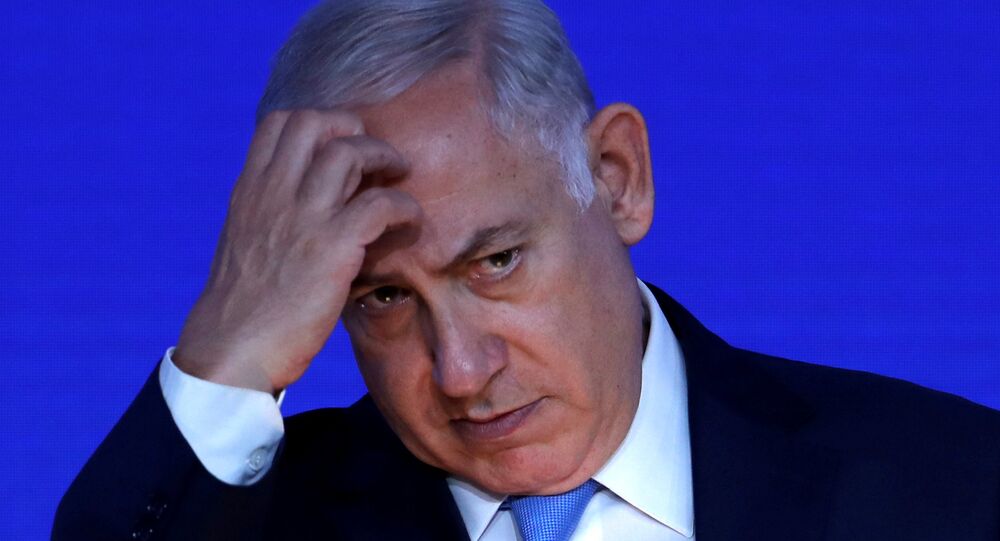 Chaos in the Knesset: Netanyahu’s Coalition on the Verge of Shattering

Israeli Prime Minister Benjamin Netanyahu’s right-wing coalition is on the verge of breaking, as one party in the ranks has announced their intention to vote against a compromise bill regarding exempting Orthodox Jewish men from military service.

The leadership of Yisrael Beiteinu, a secular conservative party, announced that they would vote against the bill that was hashed out by their coalition partners of Likud (Netanyahu's party) and the religious United Torah Judaism (UTJ).

The bill in question is meant to grant a military exemption to Haredi (literally means "in awe of God," often called "ultra-Orthodox" in English but not without controversy) students attending a yeshiva (a traditional Jewish school for the study of the Torah and Talmud).

Haredi groups have been opposed to conscription for a wide variety of reasons, among them pacifism, the importance of preserving Jewish religious studies, and the integration of men and women in the Israel Defense Force (IDF) which flies counter to the sequestration of unmarried men and women in Orthodox Judaism.

The exemption passed the Knesset in 2015 but was shot down by the Supreme Court in 2017, which ruled that it was discriminatory. They gave the Knesset a year to revamp the law on Haredi conscription. Likud and UTJ's new bill passed the Ministerial Committee for Legislation but now faces a major roadblock in the form of Defense Minister Avigdor Lieberman.

Lieberman, Yisrael Beteinu's leader, said that all five MKs [Members of the Knesset] from his party would vote against the revised bill. "This is a classic fake law, theater of the absurd," he said. "Being defense minister is wonderful, but values must come first. We don't want elections and we don't want the government to break up, but not at any price."

He added that it was unfair to allow Haredim to avoid military service and that he as defense minister should have the final say over military affairs. "I don't understand why a Haredi or an Arab can't contribute [by being drafted into the IDF]. If they don't serve in the army, they can spend those three years helping in nursing homes. We will all vote against this law."

Another secular party in the right-wing coalition, the economics-focused Kulanu, has also expressed trepidation over the bill. Several Kulanu MKs have previously stated they would join Lieberman in opposing the bill.

There was some positive news for the embattled Israeli PM as he met with Lieberman and UTJ head Yaakov Litzman Sunday night to discuss a compromise: The Jerusalem Post reported that the most likely outcome was that the bill would be shelved until the summer.

On Monday, Netanyahu called for solidarity in the coalition, telling all partners, "chiefly among them Defense Minister Avigdor Lieberman, to remain in the government and continue this partnership to ensure security, prosperity and stability for the state of Israel."

He added that the one-seat majority in the Knesset that his government would maintain without Yisrael Beiteinu was "not an option." He added that he would prefer to avoid snap elections, but Likud would win them if they were called.

© REUTERS / Ronen Zvulun
Israel's Netanyahu: 'We'll Win Elections, but We're Not There Yet'

"In order to continue our great achievements and to stand up to the great challenges before us, we need to continue together," Netanyahu said in a speech before the Knesset. "It is late, but not too late. We need to act responsibly. The country needs a stable government."

Yisrael Beiteinu is mostly comprised of immigrants from the former Soviet Union who came to Israel by the hundreds of thousands after the collapse of the Iron Curtain. They hold five seats in the Knesset and are one of six right-wing parties that make up the ruling coalition.

Lieberman has played the role of kingmaker in Jerusalem, with his support for Netanyahu in 2009 being a major component of Netanyahu's rise to power. Lieberman has served as Israel's minister of defense since 2016 — an extremely influential position for a country with the third-highest military expenditure per capita in the world after Saudi Arabia and Singapore. Immigrant Absorption Minister Sofa Landver is also a Yisrael Beiteinu member.

Although Lieberman has enjoyed a healthy working relationship with Netanyahu and his similarly conservative Likud party, a schism has persistently existed in the coalition between secular parties like Yisrael Beiteinu and orthodox parties like The Jewish Home, Shas and UTJ.

Smelling blood in the water, opposition party leaders have also refused to support the bill in the hopes of dissolving Netanyahu's coalition and gaining ground in a snap election. Opposition leader Isaac Herzog called on the PM to resign to spare the country of the "endless saga" of the corruption charges that Netanyahu has been embroiled in.

"The citizens of the state [need us to hold] elections as soon as possible in order to replace the current government with those who would act in the best interests of the state and not out of his attempts to extricate himself from an indictment," added Ofer Shelah, an MK with the opposition centrist Yesh Atid party.

'Iran Is No Threat to Anyone': Rouhani Responds to Netanyahu's AIPAC Attack