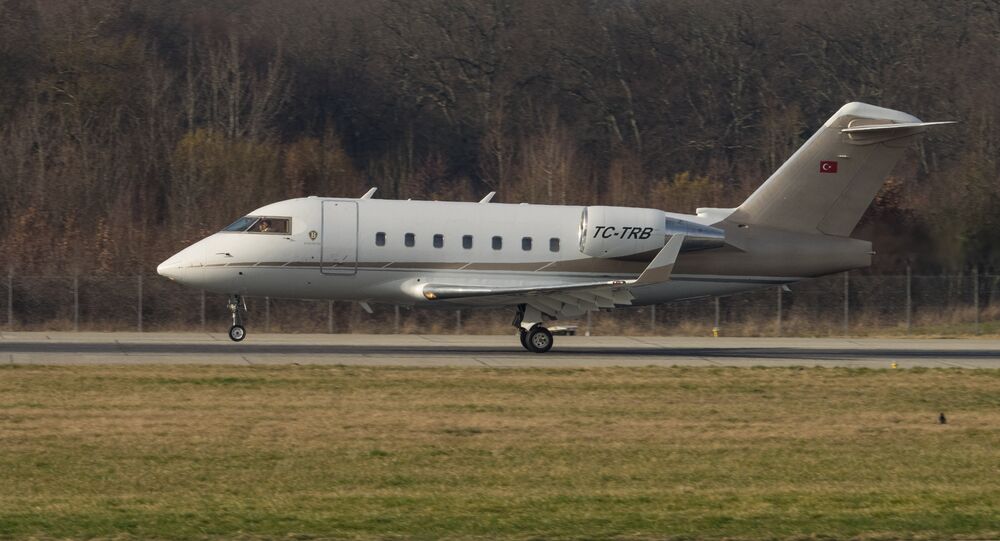 MOSCOW (Sputnik) – The Turkish private plane’s crash in western Iran could have been caused by an engine fire, Mojtaba Khalidi, spokesman for the Emergency Center said on Sunday.

According to the Turkish NTV broadcaster, 11 people, including eight passengers and three crew members, were on board of the Bombardier CL60 plane, which crashed in the Chaharmahal and Bakhtiari province en route from the city of Sharjah in the United Arab Emirates to Istanbul. Other media reported that a daughter of prominent Turkish businessman Hussein Basaran was on board of the aircraft.

“The plane crashed over a fire in the engine and local residents saw the flaming jet,” Khalidi said, as quoted by the ISNA news agency.

Another Iranian official representing the civil aviation's organization said that the authorities had launched investigation into the incident.

© REUTERS / Darren Ornitz
At Least 2 Dead After Helicopter Crashes in New York (VIDEO)
The IRNA news agency reported that the rescue team had already reached the site where the fire erupted after the plane’s crash.

All 11 people, including crew members, on board of the aircraft were killed, local media reported later, citing emergency services' spokesperson Mojtaba Khalidi. The bodies of the victims were unrecognizable due to severe burn injuries, the Fars News Agency reported. The DNA analysis will be needed to identify the victims, according to the agency.

Last month, an ATR-72 plane of the Iranian Aseman Airlines en route to the Iranian city of Yasuj crashed about an hour after its take-off from Tehran. All 66 people on board of the plane died in the incident.