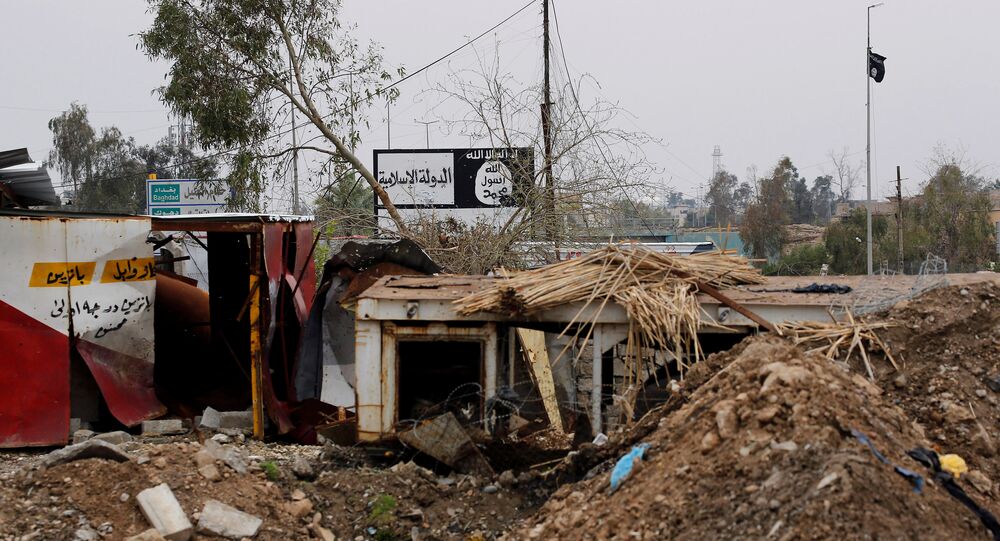 MOSCOW (Sputnik) - Tehran will loan $3 billion to help Baghdad with the restoration of its infrastructure after the defeat of the Daesh terrorist group in the country, Iranian First Vice-President Eshaq Jahangiri said on Sunday.

"Iran is ready to provide Iraq with a credit line of $3 billion in order to increase the presence of Iran’s private sector in the restoration of Iraq," Jahangiri said, as quoted by the Tasnim news agency.

Both Iran and Iraq aim to further strengthen their bilateral political and economic ties, according to the official.

Jahangiri also said that it is necessary to connect the railway systems of both countries and the sides are planning to construct a bridge and a 30-kilometer section of the railway.

© REUTERS / Azad Lashkari
Oil Embargo and Military Fist: How Iraq and Iran Resist Iraqi Kurds Independence
"By doing this, Iraq will be able to get access to Central Asia and China, and the Iranian railways will reach the Mediterranean [region]," the first vice-president added, as quoted by the agency.

Jahangiri is currently on a visit to Baghdad to hold talks with the country’s officials.

In December, Iraqi Prime Minister Haider Abadi declared an end of the country's fight against the Daesh* as Iraqi troops re-established complete control over the country's Syrian border. This came after years of violent fighting, that brought significant damages to the country's infrastructure.

The Kuwait International Conference of Iraq Reconstruction and Development, which was held in February, managed to raise $30 billion in direct aid, loans and investments for the post-war reconstruction of Iraq's economy, according to Kuwaiti Foreign Minister Sabah Al Salim Sabah.