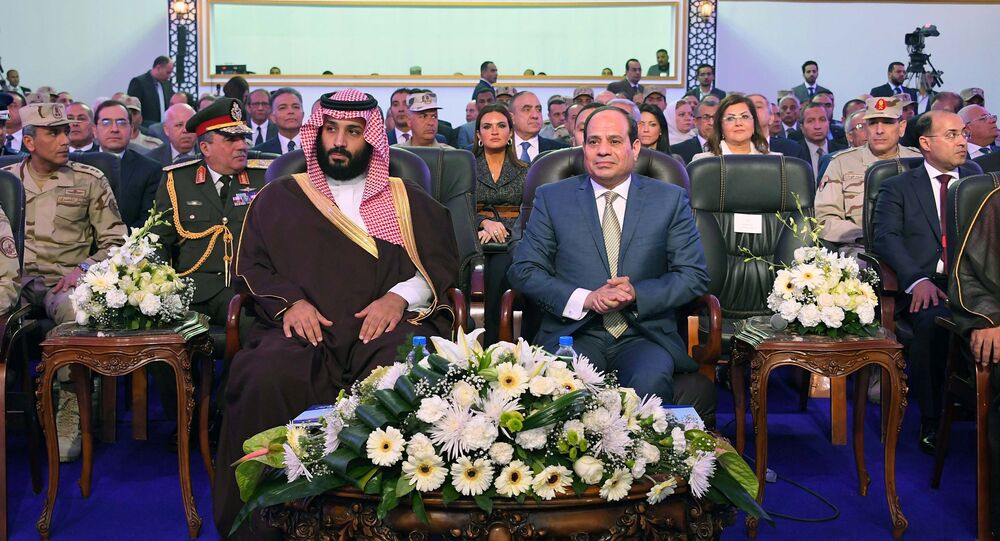 Though Saudi Arabia and Israel have no official diplomatic relations, senior Israel officials, including the country's prime and energy ministers have reportedly shed light on the Israeli relations with the Arab country.

Israeli and Saudi Arabian officials have held a number of meetings in Cairo with the mediation of Egypt, according to PressTV citing an unnamed official with the Palestinian Authority quoted by other media.

The representatives of the Saudi, Israeli and Egyptian delegations allegedly met at a luxury hotel to discuss economic issues, especially in the Red Sea region, the official reportedly said, adding that the Israel-Saudi thaw damaged the Palestinian Authority.

UPDATE: Khaleej Times, originally cited by PressTV as the source of information, has released an announcement, saying that it had never run such a story.

While Israel has no official diplomatic relations with the Arab world, except Egypt and Jordan, the country's prime minister Benjamin Netanyahu previously admitted that Tel Aviv had "fruitful cooperation with Arab countries" that were kept "in general secret."

At the same time, media reports over the past several months have alleged that the two sides have been holding secret negotiations to establish formal ties.

Saudi Crown Prince Mohammed bin Salman met with Egypt President Abdel Fattah el-Sisi in Cairo earlier this month and, according to 24news TV channel, called on Palestinian President Mahmoud Abbas to accept the so-called "deal of the century" to end the Israeli-Palestinian conflict.

© REUTERS / Ronen Zvulun
Netanyahu: Saudi Arabia to Open Airspace for Air India Flights From Israel
Abbas, however, refused to accept the initiative calling it "the slap of the century," calling for a global multilateral approach.

Amid the report of the secret talks, Saudi Minister of State for Foreign Affairs has warned one of the most active pro-Palestinian campaigners, Turkey to respect the sovereignty of Arab states.

But, for "Ankara to return to its former stability, it must take into consideration and respect the sovereignty of Arab states," the officials said, adding that "the Arab world will not be run by its neighbors and its current situation is not permanent."

The situation in the region escalated last December, after US President Donald Trump recognized Jerusalem as the capital of Israel, prompting the international criticism.

Following the decision, Abbas said that Palestine no longer regarded the US as a mediator due to its bias toward Israel.