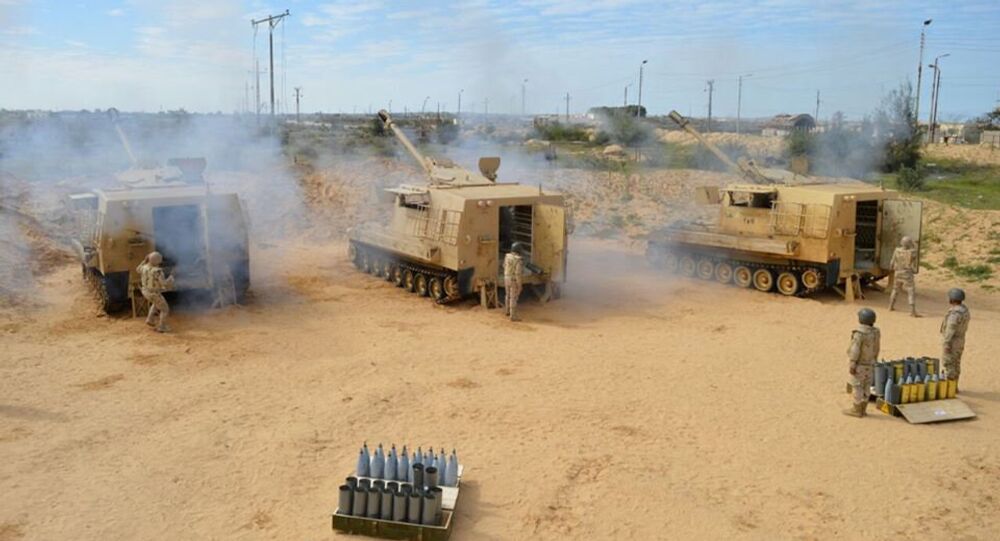 Tamer El-Refaie, a spokesperson for Egypt’s Armed Forces, said that Cairo’s bold push to stamp out extremism in the Sinai Peninsula has been a massive success in its first month, with more than 100 extremists killed and several thousand accused of terrorism or other charges arrested.

Since Operation Sinai 2018 began on February 9, 105 enemy "takfiris" (a Muslim who accuses others of apostasy, here used to refer to extremist Sunni Muslim militants) have been killed and 3,290 arrests have been made of people accused of criminal activity, assisting the takfiris or trying to illegally migrate from the Sinai. Many of those arrested have since been released, El-Refaie said.

On the other side of the battle lines, 16 Egyptian Army personnel have been killed and 19 others injured since the operation began.

The operation involves the Egyptian Army, Navy and Air Force as well as police border guards. El-Refaie claimed that all waterways leading to the Sinai were under the control of the Egyptian Navy, preventing insurgent infiltration or logistical support from across the Mediterranean and Red Seas. Land crossings are also being closely monitored by Egyptian border guards.

Egypt's human rights record has been a subject of controversy since the ascension of President Abdel el-Sisi in 2014. However, El-Refaie insisted that Egypt was respecting the human rights of civilians caught in the fighting. Full protection, along with food and other supplies, was afforded to civilians affected by the operation, he said.

Another concern is neighboring Israel. The Sinai Peninsula was under Israeli occupation in 1967 after Egypt's defeat in the Six-Day War. Israel wouldn't withdraw until the signing of the Camp David Accords in 1979 and one tenet of the treaty was that Egypt would reduce its military presence near Israel's borders. This allowed Islamic militant groups to gain a foothold in the region.

However, bilateral relations have strengthened significantly since el-Sisi's ascension and in 2015 Israel gave Egypt permission to violate the terms of the treaty and use a "free hand… against local jihadist groups."

Operation Sinai 2018 was prompted by the November 2017 Al-Rawda mosque attack, when 40 gunmen slaughtered 311 people in the deadliest terrorist attack in Egyptian history. While no group formally claimed responsibility for the attack, el-Sisi declared that such an incident was unacceptable.

He ordered the military to "implement a plan of comprehensive confrontation of terrorist and criminal elements and organisations in North and Central Sinai and in other areas in the Nile Delta and desert areas west of the Nile Valley," according to the Egyptian military.

In 2011, following the popular uprising that toppled longtime dictator Hosni Mubarak, a power vacuum formed in the Sinai. Islamist groups have been a major thorn in the side of Cairo ever since.

Although the Al-Rawda attack was particularly large, well-coordinated and deadly, terrorist attacks have been a frequent occurrence in the Sinai Peninsula for years. The Egyptian military has maintained a presence there since September 2015 to root out Daesh.