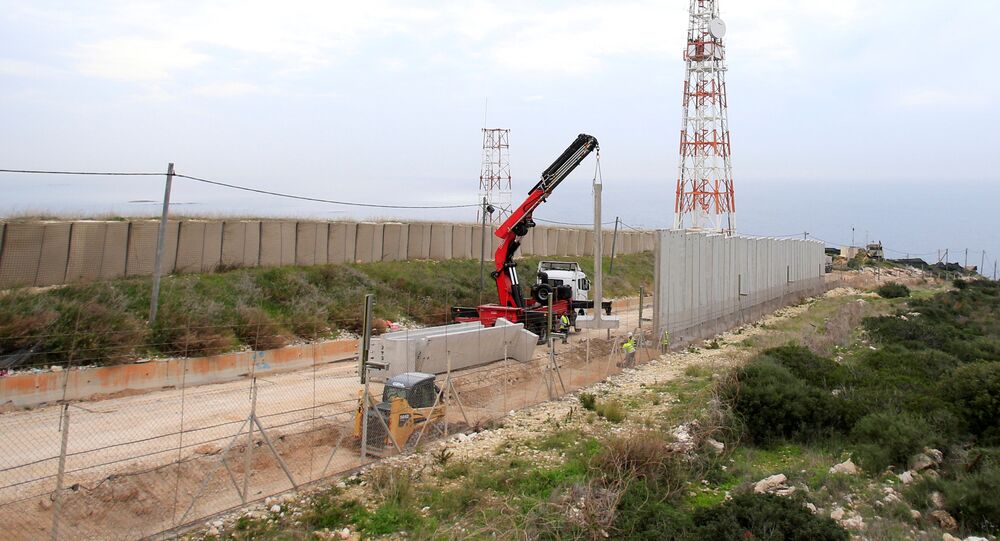 Talk It Out: UN Says Israeli and Lebanese Diplomats Meet ‘Almost Every Day’

Relations between Israel and Lebanon have bottomed out in recent months, with both nations openly discussing war - but according to the United Nations, diplomatic talks to resolve their myriad points of tension are taking place almost every day.

Andrea Tenenti, a spokesperson for the UN Interim Force in Lebanon (UNIFIL), said that robust communication was ongoing between Jerusalem and Beirut. "There is a full engagement from all the sides and there have been meetings almost on a daily basis," Tenenti said. "The dialogue is open. No one has ever walked out from these meetings."

The talks have intensified as the tenuous relationship between the two Middle Eastern nations has begun to break down. Tenenti said that three-way talks also involving UNIFIL went from occurring once every few weeks to almost every day.

"There is a will to keep this dialogue open… I think now, beside the heightened rhetoric, the reality on the ground is different and there is no appetite for instability or for war," Tenenti said.

The biggest sticking point that is causing a breakdown in relations is Hezbollah, a Lebanese militia and political group that arose from the ashes of the Palestinian Liberation Organization's (PLO) Lebanon branch. A Shi'ite group backed and funded by Iran, Hezbollah has often acted as Tehran's proxy against the Israelis.

Hezbollah and Iran have also been involved in the civil war in Syria, a nation that borders both Israel and Lebanon. Jerusalem has accused Iran of using the fight against Daesh as a pretext to build up their forces along Israel's borders and have launched a series of airstrikes against Hezbollah positions in Syria and threatened to do the same to Lebanon. Hezbollah has linked up with Syrian Arab Army forces numerous times to deprive Daesh of a safe haven across the border in Lebanon and to drive Daesh out of southwestern Syria.

The Lebanese military has issued a declaration that they're ready to defend their soil if necessary. "The army has the complete will to defend Lebanese rights through all of its available means and capabilities, no matter how much the enemy's threats and provocations may escalate," said Gen. Joseph Aoun, the commander of Lebanon's armed forces.

Another main subject of discussion is the border wall that Israel is in the process of erecting to separate the two nations. Beirut has complained that several sections of the wall cross the Blue Line, the UN-drawn border between the countries. President Michel Aoun (no relation to the general) told Lebanese paper The Daily Star in February that the wall was "an additional assault on Lebanese sovereignty that Lebanon rejects."

Israeli leaders have rebutted that the wall is entirely on their side of the border.

The two nations also have a dispute over a natural gas-rich zone of the Mediterranean Sea discovered by Israel in 2010. Both countries claim that the reserves are part of their exclusive economic zone.

Israeli and Lebanese relations were extremely tense in the 1980s and 90s after the Israeli Defense Forces invaded Lebanon in 1982 to root out PLO bases that were launching rocket attacks into Israel. Israeli forces occupied southern Lebanon until 2000.

Another point of contention is that during that time, the IDF allowed one side of the Lebanese Civil War, a fascist group called Phalange, to kill between 762 and 3,500 Palestinian refugees in the Sabra and Shatila refugee camps in September 1982, which the IDF believed housed PLO militants.

In 2006, Israel invaded Lebanon once more in retribution for a Hezbollah raid that left three Israeli soldiers dead. Over 1,500 people were killed in 34 days of fighting, most of them Lebanese civilians. The Lebanese military stayed out of the conflict then. The conflict was indecisive and ended when UNIFIL brokered a ceasefire.

Both sides have repeatedly violated the ceasefire over the conflict, however: Israeli warplanes have continuously violated Lebanese airspace, while Hezbollah has refused to disarm. Border clashes between Israel and Hezbollah are a common enough occurrence.

Nevertheless, Tenenti expressed optimism over the future of relations. "The last 12 years have seen the quietest period the south of Lebanon has witnessed in over 30 years," she said.