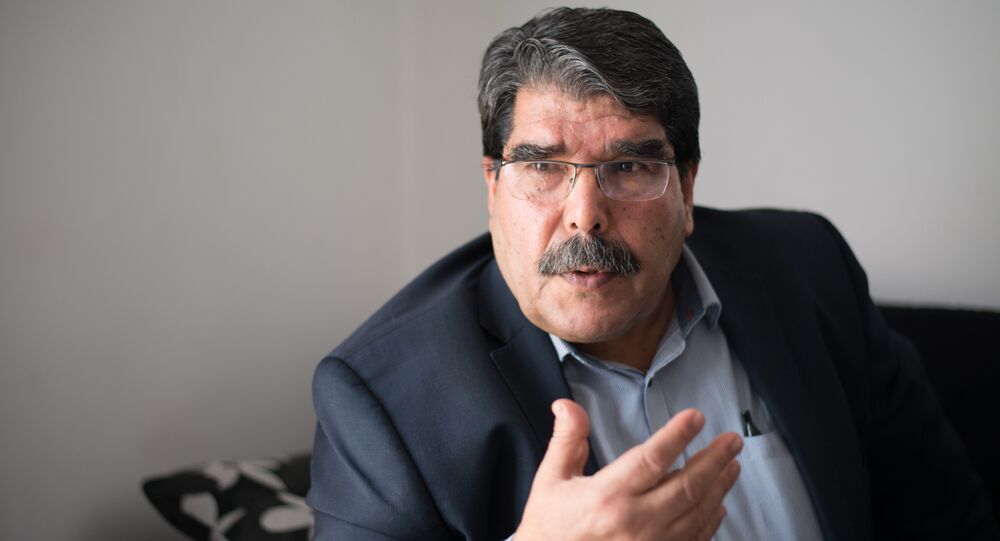 After his release, Muslim arrived in Germany, in this regard, on March 5, the Turkish Justice Ministry sent a note to the country, demanding Muslim's extradition.

According to Turkey, Muslim, who attended a demonstration over the weekend in Berlin against Ankara's military offensive in the Kurdish-enclave Afrin, is responsible for several deadly attacks in Ankara in February and March 2016.

© AP Photo / Ismail Coskun, IHA via AP
Iran Calls on Turkey to Immediately End Olive Branch Operation
In late February, Muslim was detained in the Czech capital of Prague by the decision of the Interpol’s office in the Czech Republic upon Turkey’s request. A Czech court then released Muslim on the condition that he would come to the future court hearings and would not leave the territory of the European Union. Turkish Deputy Prime Minister Bekir Bozdag slammed the decision, stating that it was made in "clear support of terrorism."

In early February, the Turkish Interior Ministry put Muslim on the list of extremely dangerous criminals. He is accused of having attempted to infringe on Turkey's integrity and unity and of a number of other serious offenses. The ministry has also offered a reward of $1 million for capturing Muslim.