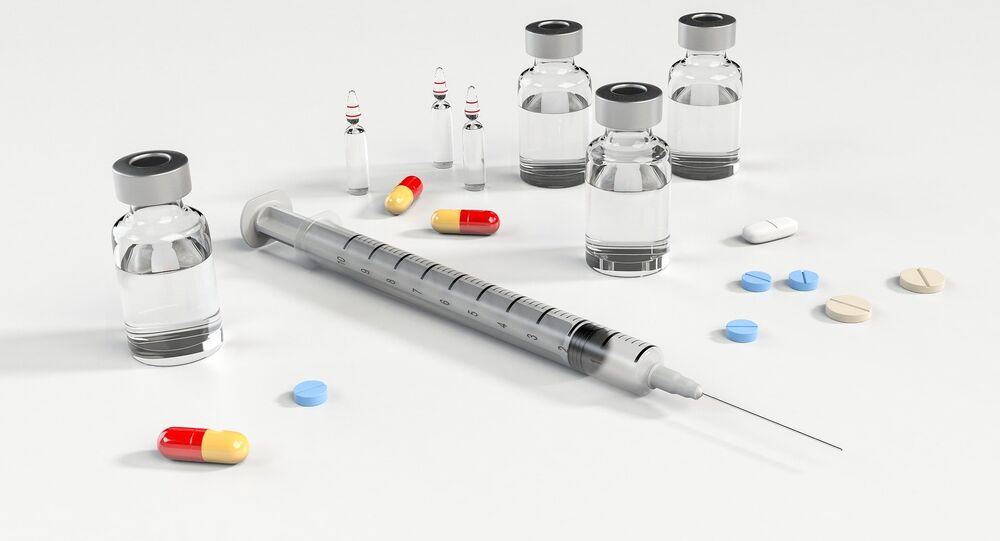 Half a Million 'Captagon' Drug Tablets Were Found on Syrian Border

During Syrian conflict, 50 percent of the world's amphetamine seizures happened in the Arabian Peninsula, it is known that Daesh terrorists are addicted to the 'chemical courage.'

A Jordan Army official said that the eastern military command, in coordination with the Anti-Narcotics Department (AND) and the Military Security Department foiled an attempt to smuggle a huge amount of Captagon drugs into the Kingdom, according to local media citing a source in the Armed Forces.

The military source stated that they have to apply rules of engagement after the border guards spotted a car that attempted to enter the country, which led it to retreat to Syria.

After searching the area, a number of bags containing 497,705 Captagon pills were seized and transported to the authorities, the source of the Armed Forces said.

Captagon is a psychostimulant which is made of a combination of amphetamine and theophylline in order to bolster physical strength. In the 1950s, when it was created, it was used for treating depression, attention deficit disorder, and narcolepsy. It was banned in Western countries in the 1980s when scientist found out that it was highly addictive.

Amphetamines raise energy, allowing users to stay awake for longer times and increasing the belief that one has a greater pain threshold.

Since 2008, 50 percent of the world's amphetamine seizures happened in the Arabian Peninsula-and Daesh* may be linked to that business, like the Taliban has done with opium, to drive income. Syria and Lebanon were the top countries for amphetamine seizures in 2016, the trade was partly fueled by the Syrian conflict.

It was found out the terrorist have taken the amphetamine-filled Captagon immediately before many assaults that took place in Syria.