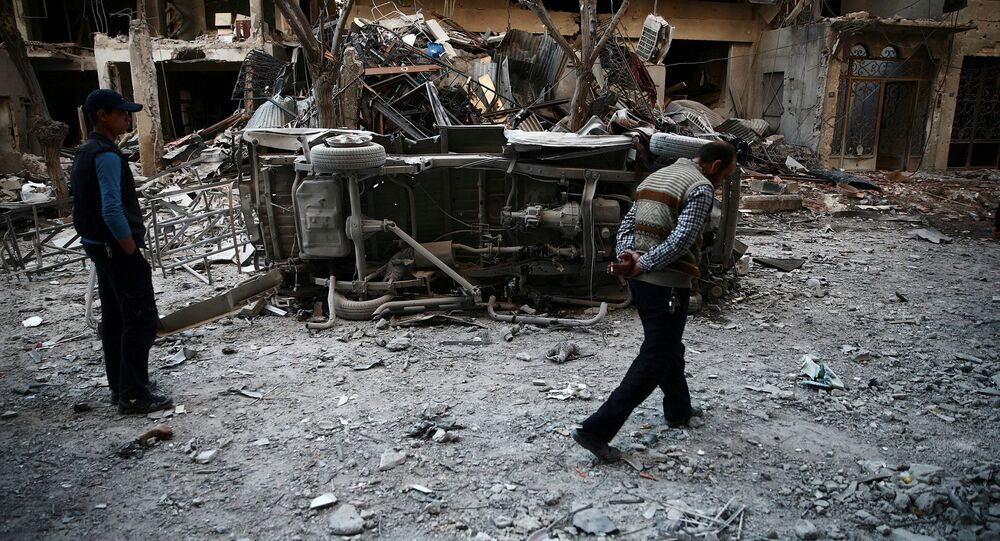 "The regime [Syrian government] must immediately stop attacks on Eastern Ghouta. We continue making efforts in order to extend the ceasefire from 4-5 hours up to 24 hours," presidential spokesman Ibrahim Kalin told reporters.

Turkish President Tayyip Erdogan and Iranian President Hassan Rouhani agreed in a phone call on Wednesday to rush efforts for the implementation of a ceasefire in Syria's eastern Ghouta region.

The situation in the militant-held Damascus suburb has been worsening since February 18. Violence has continued despite the daily five-hour ceasefire initiated by Russia on February 27 and the 30-day nationwide ceasefire ordered by the UN Security Council. Some 400,000 people are trapped in the besieged area, according to the United Nations.

On March 5, a 46-truck UN first aid convoy entered Eastern Ghouta through a government-controlled checkpoint. Representatives of aid agencies voiced their concerns about the five-hour truce being too short to properly deliver the humanitarian assistance.

Turkey's calls took place amid their military operation raging in another part of Syria, the Kurdish-dominated Syrian city of Afrin. The city is controlled by the US-backed Kurdish People's Protection Units (YPG), considered by Ankara to be linked to the Kurdistan Workers' Party (PKK), listed by Turkey as a terrorist organization.

The move, however, has been strongly condemned by the Syrian government, which called it as an assault on the nation's sovereignty. Russia, in turn, has urged all parties to exercise restraint and called for respect of Syria's territorial integrity.

Syria has been locked in a state of war since 2011 when government forces collided with the forces of armed opposition while also having to face jihadist militants from the Nusra Front and Daesh*.