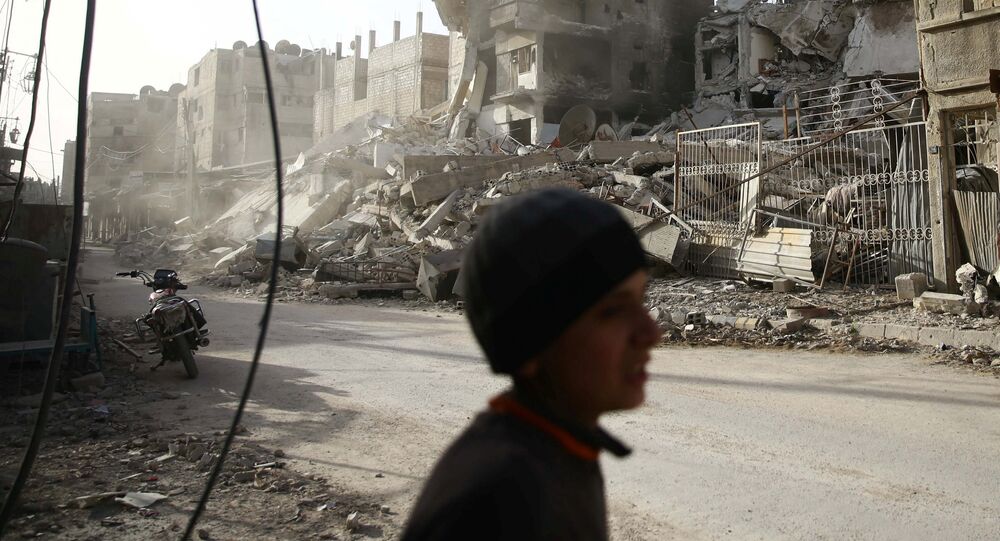 MOSCOW (Sputnik) - The situation in Syria is gradually normalizing, the number of violations is decreasing, however, the situation in Eastern Ghouta remains tense, chief of the Russian center for Syrian reconciliation Maj. Gen. Yury Yevtushenko said Tuesday.

"Monitoring shows that, in general, the [ceasefire] regime has been observed. Over the past few days there has been a decrease in the number of violations," Yevtushenko said.

"At the same time, with the general stabilization of the situation in the country, the situation in the Eastern Ghouta de-escalation zone remains extremely tense. Radical groups operating in that enclave continue to violate the ceasefire regime. They constantly open fire on the government troops to provoke them to respond," he said.

"Over the past 10 days, militants have fired 272 mortar shells and rockets from Eastern Ghouta areas on the residential neighborhoods of the Syrian capital. A total of 13 people were killed, 135 were wounded, including three children," he said.

Yevtushenko said that ten people had been killed and 49 wounded when militants shelled the Tishrin hospital in Syria's Dahiyat Al-Assad on March 5.

So far, the Russian center's chief said, only 17 people have managed to leave Eastern Ghouta through the Muhayam Al-Wafedin humanitarian corridor.