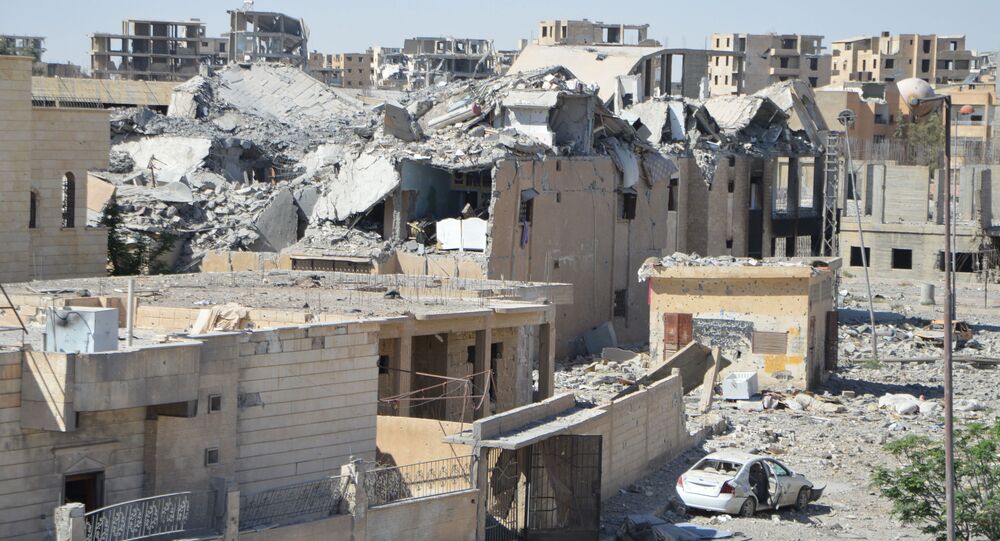 According to the Russian Defense Ministry, the only areas in Syria where the requirements of UN Security Council Resolution 2401 are completely ignored and there is no help for the population remains the destroyed city of Raqqa, as well as the Al-Rukban refugee camp in the US-controlled area of At-Tanf.

Since the entry into force of the resolution, no humanitarian convoy has been delivered there. The residents' situation is estimated to be a humanitarian disaster.

"We urge the United States to fulfill its obligations under UNSC 2401, not to impede access to controlled areas for representatives of international humanitarian organizations and the UN to assess the severity of the humanitarian situation and take urgent measures to provide the necessary assistance to the civilian population," the statement said.

The Defense Ministry recalled that in the Eastern Ghouta de-escalation zone, despite the daily imposed humanitarian pauses, militants are preventing people from leaving the areas of combat operations and are firing at the humanitarian convoys.

© AFP 2021 / AMER ALMOHIBANY
Red Crescent Convoy Returns to Check Point in Eastern Ghouta With 13 Evacuees
The ministry stressed that the reconciliation center earlier organized an entry for the UN convoy to Eastern Ghouta loaded with 247 tons of food and basic necessities. Furthermore, it is noted that the convoy was ready to evacuate up to one thousand civilians, but only 13 people, including five children, were able to leave late during the night.

The UN Security Council unanimously adopted resolution 2401 which urges all parties to the conflict to immediately halt all clashes and adhere to a long-term humanitarian pause on the entire territory of Syria in order to ensure safe and unhindered humanitarian aid deliveries, as well as medical evacuations for those injured.

Terrorist organizations regularly violate the humanitarian pause. Earlier, Jabhat al-Nusra terrorists fired mortar shells at the humanitarian convoy that was on its way to the Syrian town of Douma in Eastern Ghouta.