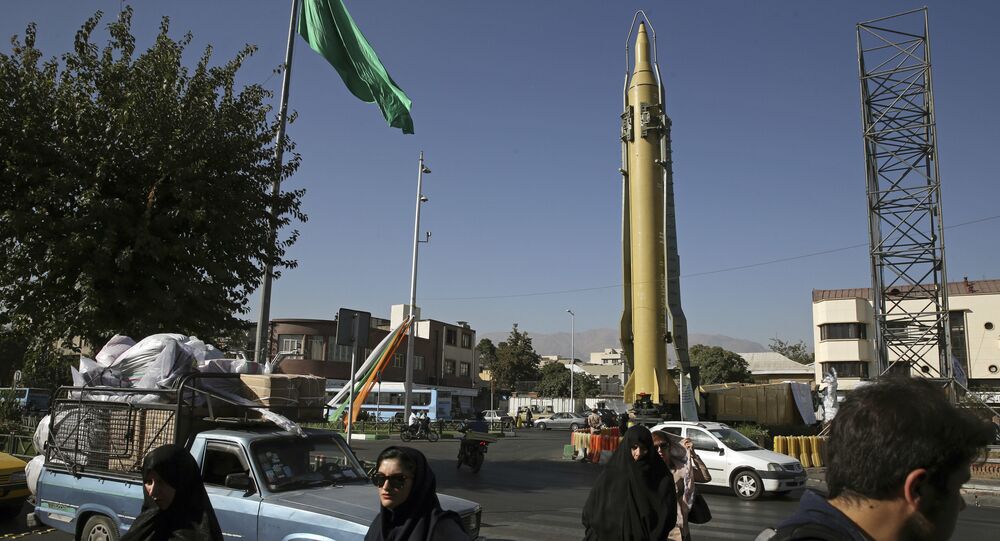 Tehran Rules Out Missiles Talks Until US, Europe Destroy Their Nukes

The Iranian military's spokesman has commented on US President Donald Trump’s threat to scrap the 2015 Iran Nuclear on the pretext of Tehran developing its missile program.

Brigadier General Masoud Jazayeri said on Saturday that the primary condition for possible international negotiations on Iran’s missiles is the destruction of nuclear weapons and long-range missiles that the United States and European nations have.

"What Americans say out of desperation with regards to limiting the Islamic Republic of Iran's missile capability is an unattainable dream," Jazayeri said to Islamic Republic News Agency (IRNA), adding that Washington’s criticism was triggered by its own “failures and defeats in the region."

President Trump has consistently criticized the agreement between the European Union, Iran, and the P5+1 countries (China, France, Russia, the United Kingdom, and the United States, plus Germany). The deal, which doesn’t cover Iran’s missile program, stipulates the removal of anti-Tehran sanctions in exchange for Iran staying away from pursuing a military nuclear program.

© AP Photo / Kevin Lamarque/Pool Photo
US Secretary of State John Kerry, left, meets with Iranian Foreign Minister Mohammad Javad Zarif, right, in Vienna, Austria, Saturday, Jan. 16, 2016, on what is expected to be "implementation day," the day the International Atomic Energy Agency (IAEA) verifies that Iran has met all conditions under the nuclear deal.

Having dubbed the agreement as "the worst deal ever negotiated,” Trump said in October his administration had decided not to certify that Iran was in compliance with the accord. The claim caused objections from Tehran. He also blasted Iran’s Missile program, saying that Tehran had been put "on notice" for testing ballistic missiles.

© CC BY-SA 2.0
Faux News from Fox News: Iran Denies Reports on Having Military Bases in Syria
Russia and the other parties to the Iran nuclear deal consider the Islamic Republic compliant and have voiced concerns over Washington's stance.

Meanwhile, the European diplomats are set to discuss the deal later this month in Italy with their Iranian counterparts so that the US concerns are met.

READ MORE: US Wants to 'Push Iran into a Position Where it Could Not Survive' — Professor

The European nations have also pledged to the US to address the Iranian missile program in the new strategy that is expected to be hammered out as a result of the talks.