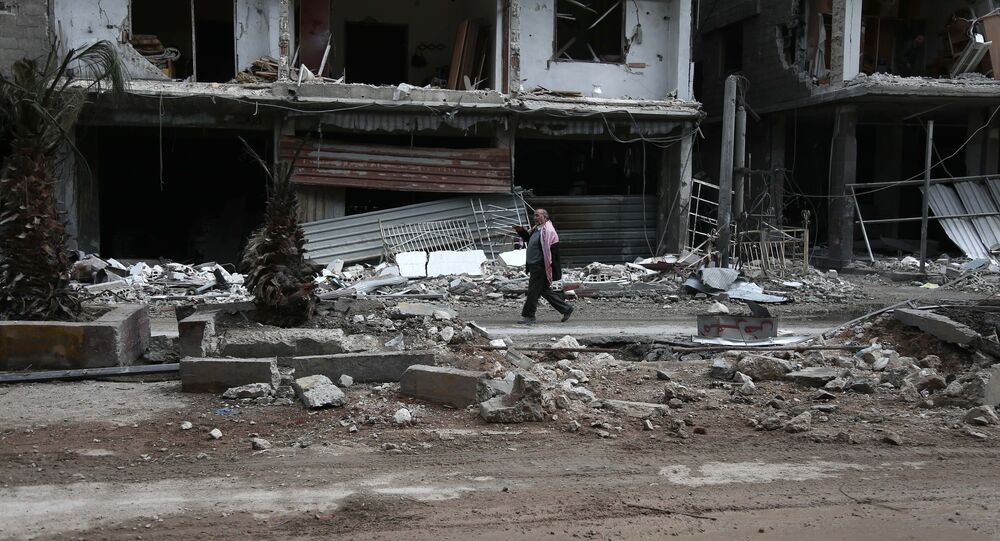 The US Department of Defense has commented on the UN-mandated Independent International Commission of Inquiry's investigation over the alleged use of chlorine in the Syrian provinces of Idlib and Eastern Ghouta by Syrian government forces.

However, in February US State Department spokeswoman Heather Nauert accused Damascus of using chemical weapons near Idlib's city of Saraqib. According to the spokeswoman, Washington believes that Russia was shielding the Syrian authorities from accountability for its alleged continued use of chemical weapons.

These statements were refuted by the Russian Defense Ministry, which stated that the US allegations were based on rumors and information from militants and that these and other similar accusations have never been proven with facts.

Following the US claims, the United Kingdom announced that they might consider military steps if the allegations were proven to be true. In particular, these steps include airstrikes against the Syrian government.

Other Accusations Against Syria Over Alleged Chemical Weapons Use

The claims voiced by the US State Department spokeswoman come in line with previous ones made by the UN OPCW Joint Investigative Mechanism (JIM) on October 26, after they issued a report, alleging that the Syrian government was responsible for the April 4 sarin attack on the Syrian city of Khan Sheikhoun.

The report declared that the sarin nerve gas used during the attack had been taken from stockpiles belonging to the Syrian government. However, the latter was destroyed as part of a 2013 deal with the US and Russia - a process the OPCW itself signed off on as having been completed that November.

Responding to these accusations, the Syrian government denied the report, assuming that the UN experts had not done any investigations directly at the scene of the incident.