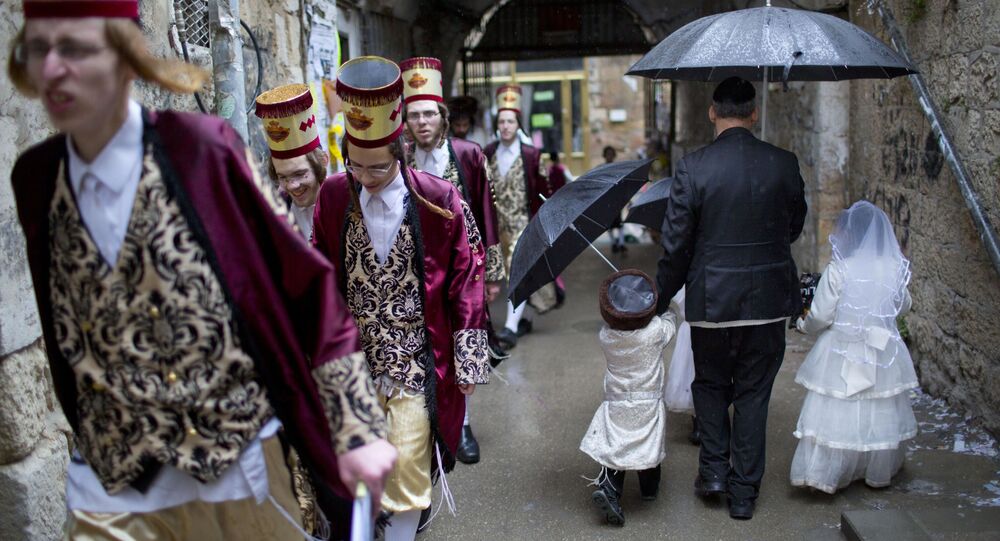 TEL AVIV (Sputnik) - The Israeli Defense Forces on Wednesday shut down the borders with the Palestinian territories during the Purim holiday and the closure will last for several days after it, until Saturday, according to the country's Defense Ministry.

The celebration of the saving of the Jewish people from extermination planned by Persian vizier Haman, as described in the Book of Esther, will begin on Wednesday at sunset and end on Thursday evening. The holiday will be celebrated a day later in Jerusalem.

"During the isolation regime, all crossings will be closed… the Palestinians from Judea and Samaria [West Bank] and from Gaza Strip will not be allowed to enter, barring emergency medical reasons and other humanitarian emergency situations," the Defense Ministry said.

© REUTERS / Ibraheem Abu Mustafa
Hamas Prepares for 'Impending' War With Israel in Gaza – Report
The move to close the border with the West Bank is not extraordinary. In the past, terrorists have plotted attacks on the eve of the holiday, as a bombing in Tel Aviv in 1996 killed 13 Israelis, or during Purim itself. However, Israeli forces will reportedly make exceptions for emergency situations

The decades-long territorial conflict between the Palestinians and Israelis has recently seen increased tensions. Furthermore, the relations between two states deteriorated after US President Donald Trump's decision to recognize Jerusalem as the capital of Israel made on December 6. Trump's stunt has caused a huge wave of backlash in the Arab states.