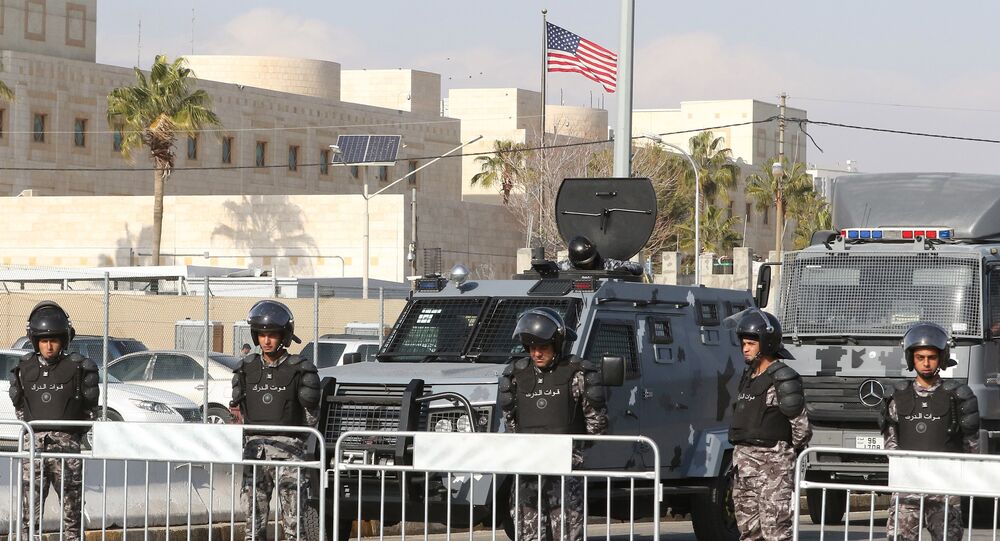 AMMAN (Sputnik) - A cell of terrorists uncovered in Jordan in 2017 had planned to attack a number of targets, including the US Embassy in Amman and a church, before their capture, the Ar-rai newspaper reported Tuesday.

In November, Jordanian security services detained 17 members of an organization affiliated with Daesh.

The terrorists were planning to target, among other places, the US embassy, the office of the Ru'ya TV channel, as well as the broadcaster's staff, a church, a nightclub and a group of Israeli businesspeople, according to the newspaper that published documents from the criminal case.

The media outlet added that the leader of the cell had conceived the idea of the attack in 2016 and recruited 16 people to their cause.

Those detained are accused of plotting a terrorist attack, purchasing weapons and extremism, the newspaper added, without specifying the date of the court hearing.

Jordan, which borders Syria to the south and is part of the US-led coalition against Daesh has numerous times stated its commitment to the fight against terrorist groups in Syria. Meanwhile, the Syrian military has repeatedly accused Jordan of supporting armed groups on the territory of the Arab Republic, including Jabhat Fatah al-Sham (formerly known as al-Nusra Front, banned in Russia), which was refuted by Jordanian authorities.