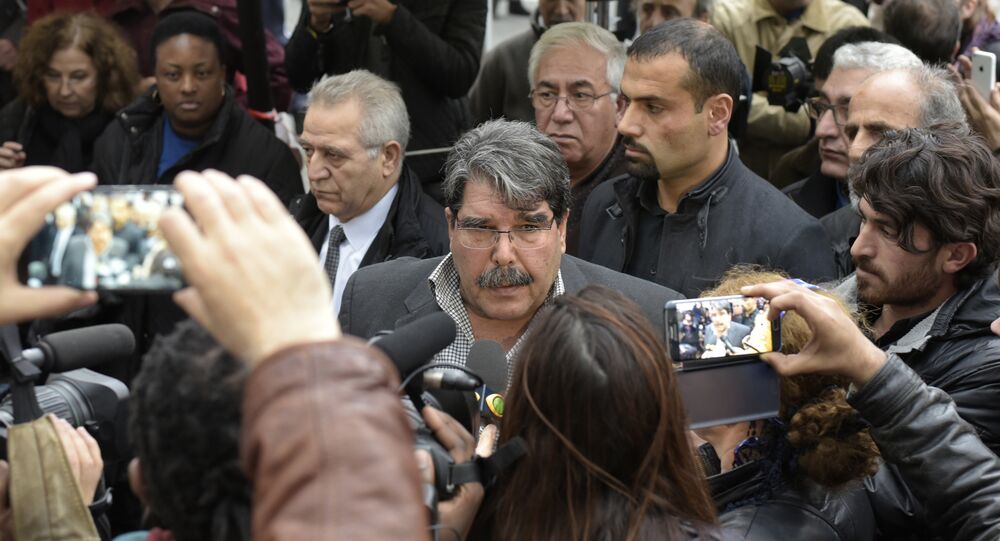 Turkey said a verdict by a Czech court was political and "a clear support for terrorism". Turkish government spokesman Bekir Bozdag said the decision was against international law and would have negative impacts on Turkish-Czech relations and emphasized, that Turkey expects Czech officials to compensate for the "mistake" of releasing Muslim. He said Turkey would implement its legal rights on the issue.

Czech Foreign Ministry says it rejects any accusations of supporting terrorism in response to Turkish officials' statements, adding that it didn't violate any international commitments by court decision to release Saleh Muslim.

"If Turkey requests extradition of Muslim, Czech authorities will consider request according to law," the Foreign Ministry stated.

Turkish Foreign Minister said that Turkey would pursue Saleh Muslim "wherever he goes."

On Sunday, Muslim was detained in the Czech capital. The decision to arrest him was made by the Interpol's office in the Czech Republic on February 24 on the basis of Ankara's request. Ankara considers the PYD, a Kurdish political party in northern Syria, an affiliate of the Turkish Kurdistan Workers’ Party (PKK), listed as a terror organization in Turkey.

Earlier Turkish Justice Minister Abdulhamit Gul said that Ankara assumed the Czech court to rule for the Muslim's temporary detention for 16 to 40 days, with Turkey being able to submit its extradition request during this time.

On Monday, Czech Foreign Minister Martin Stropnicky rejected "bargaining" with Turkey, which implies a swap of Saleh Muslim for Miroslav Farkas and Marketa Vselichova, Czech citizens detained on the Turkish-Syrian border 1.5 years ago, who were sentenced by the Turkish court to a six-year imprisonment on the charge of having cooperated with Syrian Kurds.

The Turkish Interior Ministry added Muslim to the list of most wanted terrorists on February 13, saying that it will give over $1 million for any information that may help to find the former Kurdish leader's location.

In November 2016, Turkey issued an arrest warrant for Muslim as he was assumed to be involved in staging an assault in Ankara in February 2016 that left 27 Turkish militaries killed. The former PYD leader denied the accusations.