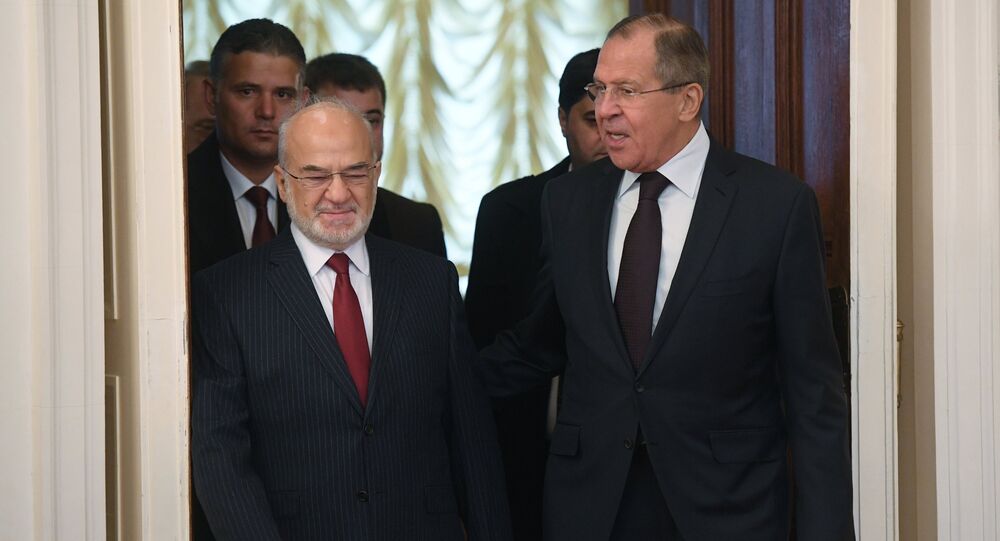 MOSCOW (Sputnik) – Turkish military presence in Iraq’s Bashik is an occupation and is affecting Ankara-Baghdad relations, Iraq will use dialogue to resolve this issue, Haidar Hadi, Ambassador of Iraq to Russia said Tuesday.

"Regarding US presence, we signed in 2011 an agreement in accordance with which Americans have left Iraq and in the foreseeable future there is no possibility for the creation of US military bases," Haidar Hadi, the ambassador of Iraq to Russia said at a press conference on Tuesday.

Iraqi official went on by speaking about the possibility of country's cooperation with Turkey.

© Photo : Bertramz
Turkey-Syria Understanding Essential for Settling Afrin Crisis - Iraq Kurdistan Official
"What concerns Turkey, as I already said, the given military presence in Bashik is an occupation… There was a meeting with the Prime Minister of Turkey Binali Yildirim, and also on the level of the Ministers of Foreign Affairs with different representatives, as well as in the framework of the Arab League. We are holding negotiations regarding this matter. We have a strong relationship with Turkey but unfortunately this issue is affecting our bilateral relationship," he told a press conference.

Haidar Hadi expressed his opinion on ways to resolve the standoff between Iraqi Kurdistan and Iraq, following the Kurdish referendum.

Commenting on the situation with Daesh group in Iraq, Ambassador to Russia said that there probably have remained some sleeper cells in different areas of Iraq… adding, that "there is work with different provincial authorities on the level of clans to obtain the necessary information on this issue."

A Russian delegation of entrepreneurs headed by Russia’s deputy minister of industry and trade will visit Baghdad next month, Haidar Hadi, Ambassador of Iraq to Russia said.

"In mid-March, there will be an important visit of the deputy minister of trade of Russia, at the head of a delegation of entrepreneurs, that will hold official meetings in Baghdad for an introduction to investment opportunities, and possibilities of entering the market of Iraq," he reported.

Hadi announced that the VII session of Iraqi-Russian intergovernmental commission will take place in Moscow next week. He also noticed that Iraqi Foreign Minister Ibrahim Jaafari will lead an Iraqi delegation to Moscow.

READ MORE: Tens of Russian and CIS Citizens Killed in Syria Were Not Military — Moscow

"Next week, in Moscow there will be important meetings. The Iraqi delegation to the upcoming session of the intergovernmental commission would be led by Iraqi Foreign Minister Ibrahim Jaafari, who will come to Moscow on February 26-27. The Russian side will be led by Russian Deputy Prime Minister Dmitriy Rogozin. [In the reconstruction of Iraq] we are expecting the involvement of Russia. Most Russian companies have expressed their desire to return to Iraq," he stated.
Meanwhile, Russian deputy energy minister Kirill Molodtsov and Iraqi officials discussed cooperation in the oil sector in Baghdad.
...
Reddit
Google+
Blogger
Pinterest
StumbleUpon
Telegram
WhatsApp
32