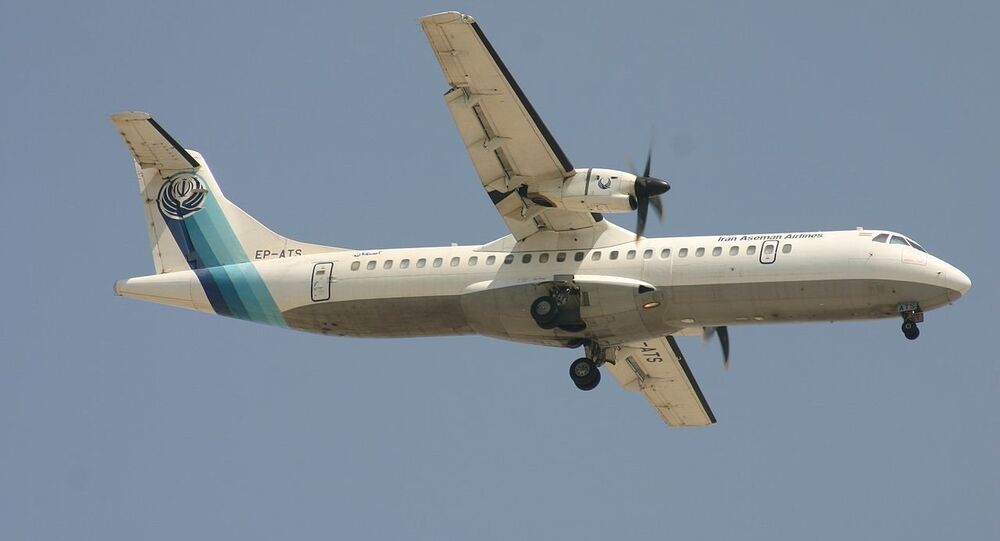 An Iranian passenger aircraft with 60 people on board has disappeared from radar screens while en route from Tehran to Yasug, Tasnim news agency reports.

The plane went missing shortly after take-off from Mehrabad airport. According to Tasnim news agency, there were 60 passengers on board.

"An ATR aircraft of Aseman Airlines with 60 passengers and about six crew disappeared from radar this morning," Aladin Borujerdi, head of parliament's national security and foreign policy commission, told the ISNA news agency.

The representative of the ambulance service of Iran said that the plane has not yet been found, Fars news agency reports.

According to reports, Iranian Aseman Airlines confirms crash of one of its passenger planes in Isfahan province.

Aseman Airlines said that the aircraft crashed into the mountain, unfavorable weather conditions were observed in the area of the accident, Mehr reports.

An official spokeswoman stated that an emergency helicopter is currently being deployed to the region; due to the mountainous terrain of the area, it is not possible to send an ambulance.

READ MORE: Russia's An-148 Plane Carried Out Several Flights on Sunday Before Crash

"The plane has fallen in the mountains around Semirom, and we still do not know anything about it," said Ghafur Rastin, director of medical emergencies in Isfahan province, in an interview with a Tasnim News Agency reporter in Isfahan.

The Russian Embassy in Tehran is verifying whether Russian nationals were on board of a plane that crashed in Iran, the Russian Foreign Ministry said Sunday.

According to reports, the plane is identified as an ATR-72.

Picture shows an ATR 72-500 which Aseman Airlines is believed to have used for flights to Isfahan and other destinatios southward. pic.twitter.com/5mveBvCON1

According to media the crashed aircraft is an ATR 72 from Iran Aseman Airlines.

In Flightradar24 database there are 6 ATR 72 aircraft that belong to Iran Aseman Airlines. All 6 have old transponders that can only be tracked with MLAT.

Asghar Salimi, a representative of Semirom in the parliament, said in an interview with Tasnim that special teams and forces are currently searching for the exact location of the crash.

Nearly 1,500 Body Fragments Recovered at the Site of Plane Crash Near Moscow