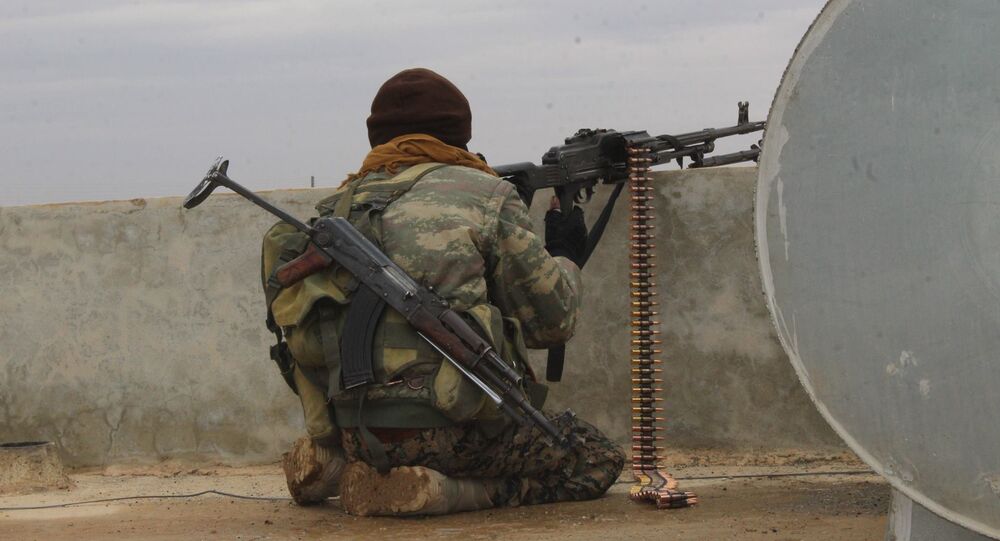 "Our forces carried out a specific military operation against the invaders and their operation desk in Qara Xaneh township in the Turkish state of Hatay, killing 7 terrorists including Turkish soldiers, in addition to a large number of wounded. Therefore, our forces call on civilians to stay away from the military points of the Turkish invasion army and Daesh/ Al-Nusra points, because all of the military points are legitimate targets for our forces," the SDF statement read.

© AFP 2021 / Ahmad SHAFIA BILAL
Kurdish SDF Report of Turkish Airstrikes on Dam in Afrin
On January 20, Ankara launched Operation Olive Branch in Afrin. Ankara has said its offensive was aimed at clearing the Turkish border with Syria from terrorist presence.

Turkey considers the Kurdish People's Protection Units (YPG) and the Democratic Union Party (PYD) to be linked to the Kurdistan Workers' Party (PKK), listed as a terrorist organization by Ankara.