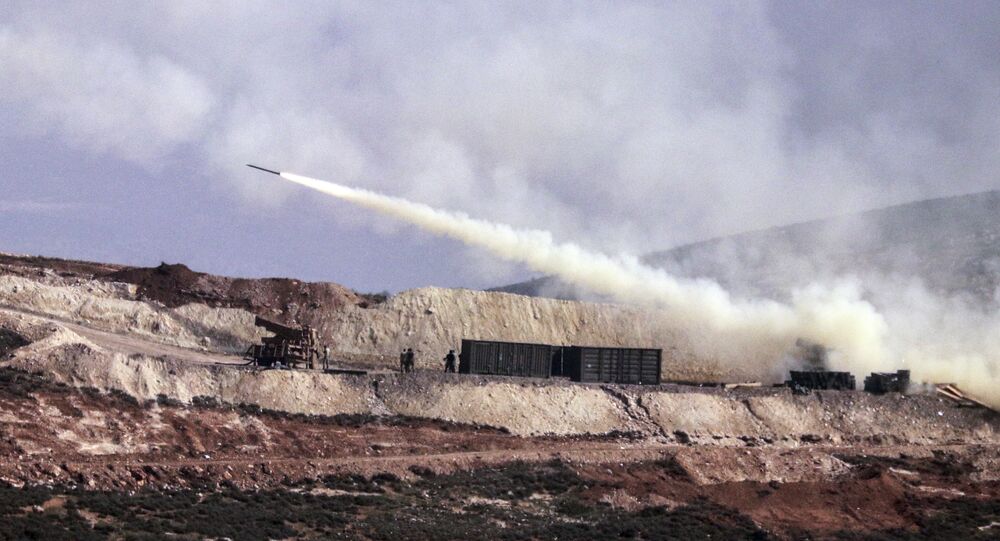 The Turkish troops have failed to advance in Syria's Afrin district, where they prefer to use the hit-and-run tactics, according to Reizan Hedu, a representative of the Kurdish self-defense forces in Afrin.

Speaking to RIA Novosti, Reizan Hedu, representative of the Kurdish self-defense forces in Afrin, claimed that the Turkish army is using internationally-banned arms in its military operation in the Syrian region.

"The Turkish army possesses aircraft, tanks and missiles, and is using weapons banned by the international convention, [namely] napalm and shells with chlorine," Hedu said.

He added that "they have tens of thousands of terrorists, in addition to the Turkish military."

Hedu also pointed out that the Turkish troops actually do not advance in Afrin, opting to engage in hit-and-run tactics, which he said are typically used by the self-defense forces.

© Sputnik
'Send Reinforcements!’: Kurdish Commander Urges Damascus to Help Defend Afrin
His remarks came as the Syrian state-run news agency SANA reported that at least six people with symptoms of suffocation had been hospitalized in Afrin after the Turkish military used toxic agents in the village of Aranda.

On January 20, the Turkish army launched Operation Olive Branch against Kurdish YPG forces, which Ankara believes have links to the Kurdistan Workers' Party (PKK), blacklisted by Turkey as a terrorist organization.

Damascus has condemned the operation as "treacherous aggression" and an assault on the country's sovereignty. Russia, for its part, urges all parties to show restraint and respect Syria's territorial integrity.