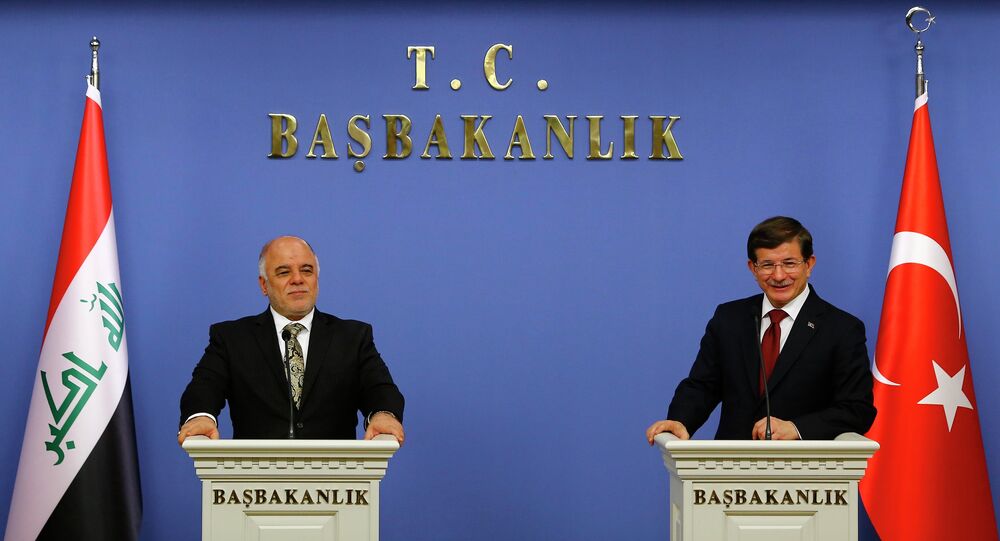 Turkish authorities have reportedly extradited a top Daesh leader to Iraq following the militant commander’s capture. Baghdad and Ankara collaborated with the US to execute the capture and extradition.

Ismail Alwan Salman al-Ithawi, 55, is an Iraqi national and led Daesh's Ministry of Religious Edicts as well as the committee that decided on appointments to the leadership of the organization. He had fled the collapse of Daesh's territory in Syria and settled in the northern Turkish province of Sakyara, living under his brother's name.

To capture him, the coalition was forced to "infiltrate the highest levels" of the militant group, according to an official with the Iraqi Interior Ministry's Daesh-hunting taskforce, the Falcons, speaking to AFP on Friday.

"We asked our ambassador in Ankara to intervene with the Turkish authorities by providing the arrest warrant issued by Iraqi courts and recent photos of Ismail," the official added.

While Daesh has lost all of their territory in Iraq and cling to a mere shell of their former holdings in Syria, they have switched to using guerrilla and terrorist tactics to continue to beleaguer their many enemies. As such, security efforts have switched to targeting the remains of the group's leadership.

In a late January meeting between their foreign ministers, the two nations established a joint committee to apportion water from the Tigris and Euphrates rivers that flow through both nations. They further discussed a plan to build Iraqi oil pipelines that flow through Turkey.

"As a neighbor, friend and reliable partner, we will always stand by our Iraqi brothers," Turkish Foreign Minister Mevlut Çavusoglu said on Twitter.

The recent collaboration stands in contrast to comments by Iraqi Prime Minister Haider al-Abadi in 2016, when he openly discussed war with Turkey if Ankara continued to, in his assessment, impeach Iraqi sovereignty by deploying air power against Daesh in Iraq without Baghdad's permission.

However, the two nations are still far from close friends. Turkey maintains a military presence in the northern Iraqi city of Bashiqa, nominally to battle Kurdish extremist groups that are based around the borders of the two nations.

During the meeting, Çavusoglu also pledged to withdraw military forces from Bashaqi once the militants were defeated.

Iraq also condemned the Turkish military intervention in Afrin, Syria, against US-backed Syrian Kurdish militias. "We reject any foreign nation from intervening in the affairs of another country," said Foreign Minister Ibrahim al-Jaafari in early February.

Ankara-Washington Relations: 'Turkey is Part of the Picture' - Lecturer