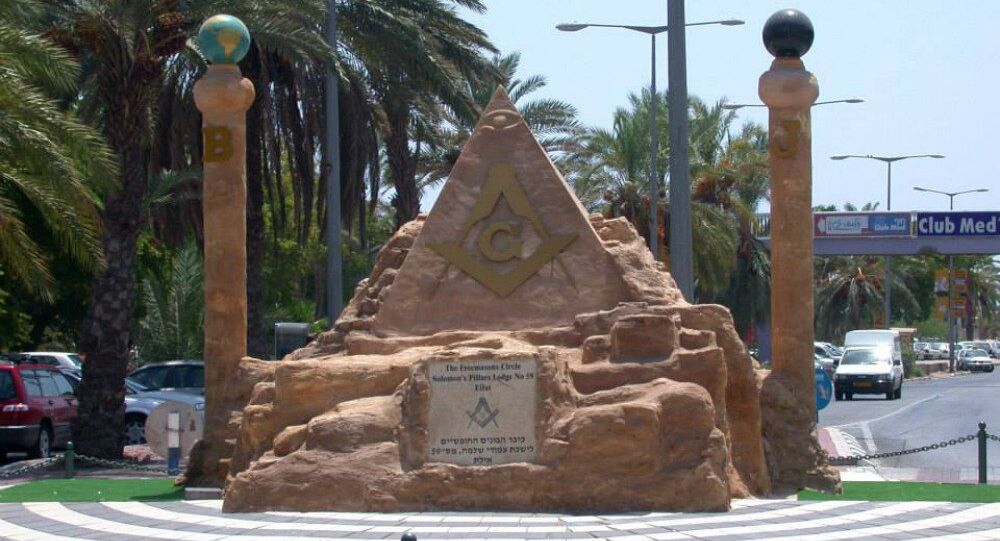 So Much for Conspiracies: Israeli Freemasons Function as 'Boy Scouts for Adults'

With its history shrouded in mystery and its existence being the subject of countless conspiracy theories and myths, the Freemasons operate openly in Israel and eagerly accept new members, according to one of the organization’s lodge presidents.

Instead of being a secret society bent on world domination, Freemasons are a group that openly advertises its presence and strives to promote morality and integrity, Roy G. Guttmann, a lawyer and the president of Lodge Muffelmann Oman 29, told Haaretz.

"When I’m asked what Freemasonry is, I reply that it’s Scouts for adults," Guttmann said.

"There is no one figure here that people worship or to whom they donate. It’s not a belief in a particular religion," Guttmann stated, adding that the organization accepts "brothers from the monotheistic religions."

The freemason added that the society "consists of an older public" and therefore seeks to make it "more youthful" via new admissions, warning however that "being a Mason is a way of life of morality, integrity, help and truth."

He noted that while the application process itself is fairly easy, with prospective candidates able to apply for membership via website or an email to the Grand Lodge, though "not everyone is accepted." Also, a longstanding tradition bars women from ever joining the organization.

According to Haaretz, there are currently 50 masonic lodges in Israel subordinate to the Grand Lodge, with a total membership of about 1,200 brothers.