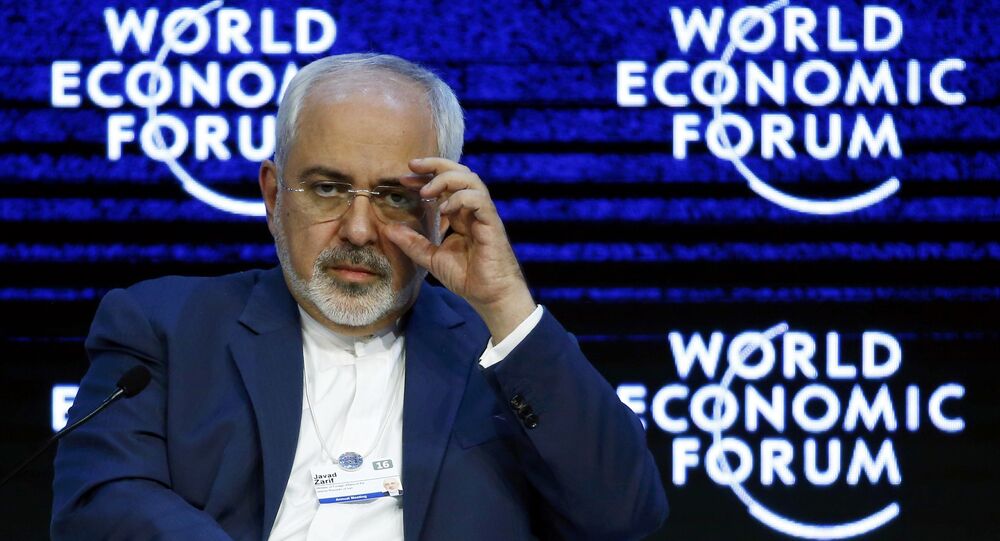 Iranian FM: Spying Efforts Made Phone ‘Hot as an Iron’ During Nuclear Talks

Iranian Foreign Minister Javad Zarif told an Iranian newspaper that he knows his phone is being tapped by several intelligence agencies, because during important talks, it gets “hot as an iron.”

In an interview for Iran's Jame Jam newspaper, Zarif disclosed some details about his work as Iran's foreign minister. He revealed that he does not use VPN apps, for example.

"I don't use VPN apps. Due to its duties and responsibilities, the Foreign Ministry has special internet facilities. Naturally, using VPN applications is coupled with security threats."

Regarding security, he said that Iran is well aware that foreign states are spying on the country.

"Sometimes we ask how many spy agencies are seeking to encroach upon our system. In fact, we take spying for granted and focus on the number of times that spying attempts are made," Zarif said.

"When nuclear talks were underway, my mobile phone was as hot as an iron on some days during the negotiations, and other negotiators share the same problem. Such events show a lot of efforts are being made to spy on our domestic issues," he added.

The nuclear deal, Zarif said, is based on mutual pessimism. "Because an agreement written based on optimism wouldn't be so voluminous," he said.

He also pointed out that Iran believes "what has kept the US from pulling out of the Joint Comprehensive Plan of Action, or JCPOA [more commonly called the Iran nuclear deal] is not the country's interest in the agreement, but fear of international isolation."