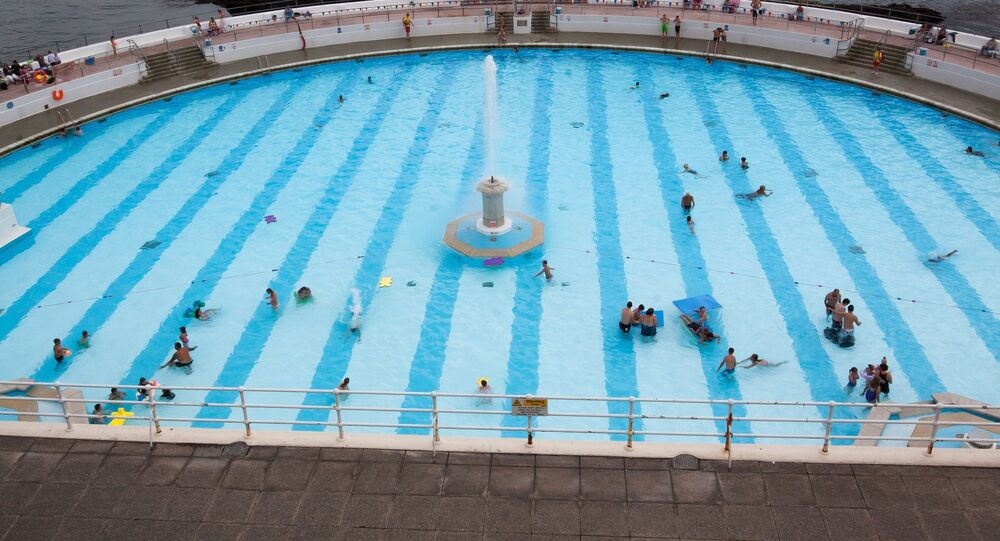 Residents of one of Israeli settlements in the West Bank are clashing in court over whether men and women should be allowed to visit the pool together.

A number of Kiryat Arba residents have petitioned the High Court of Justice to help them deal with a mixed swimming ban currently imposed at the only local pool, Haaretz reports.

The petitioners argue that the ban, which prohibits men and women from visiting the pool at the same time, constitutes “extreme religious coercion” and have asked that the pool be opened several hours a week for mixed swimming.

© AP Photo
Israeli Man Finds Penis Drawing and 'Long Live Palestine' Note in His Passport (PHOTO)
Their opponents, however, insist that mixed-gender swimming is "as serious as incest or violating the Sabbath."

A lawyer representing Kiryat Arba Local Council warned that local rabbis also threatened to urge the public not to visit the pool at all if the petitioners succeed in their endeavor.

"There are ultra-Orthodox and religious people in Kiryat Arba that for them a mixed-gender pool is worse than scarifying your life, it’s worse than desecrating the Shabbat. It's like living in a pigsty," one of the settlement residents cited by the newspaper said.

According to Haaretz, the petitioners "represent between 15 and 30 percent of Kiryat Arba residents, including secular, traditional and religious members of the community."

Also, a similar proposal to introduce ’mixed swimming hours’ at the pool was brought up several years ago but was thwarted due to strong opposition from the more religious community members.